Where does the sun go when we can’t see it? It’s still there! We’re the ones who moved. In this episode of Crash Course Kids, Sabrina Cruz explains Earth’s Rotation & Revolution, specifically how the Earth rotates on its axis, creating day and night.

“At the same time, it’s revolving all the way around the sun. Now here’s the thing: As the Earth is both rotating and revolving, it’s not sitting straight up and down. Its axis is actually tilted just a little. It’s not all that much, but this tilt causes one part of the Earth to lean towards the sun while another part of it is leaning away. This means that different parts of our planet’s surface get different amounts of sunlight and heat.”

This creates a pattern, and that pattern creates the seasons: spring, summer, autumn, and winter. “If the Earth weren’t tilted, we would have the same season all year long.” 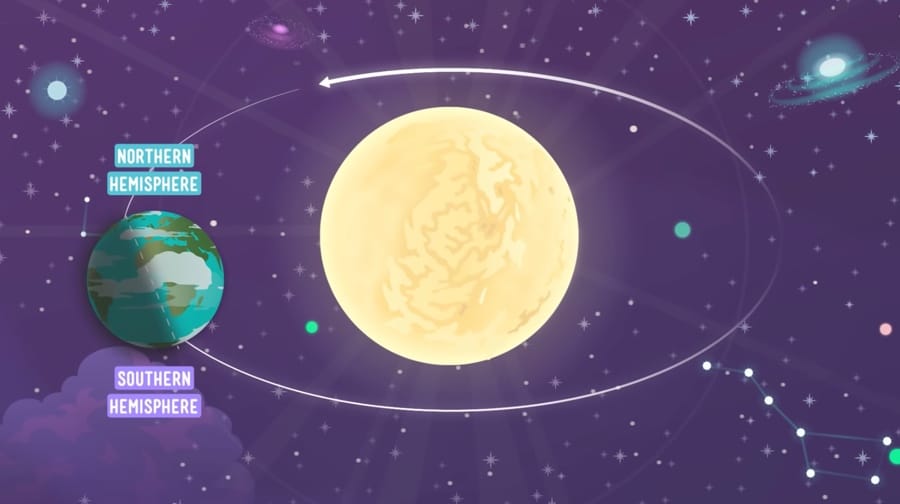 Now let’s talk about shadows: Why are they sometimes short and sometimes longer? And why don’t they always point in the same direction? Cruz charts the behavior of a lampost shadow throughout the day in Following the Sun: 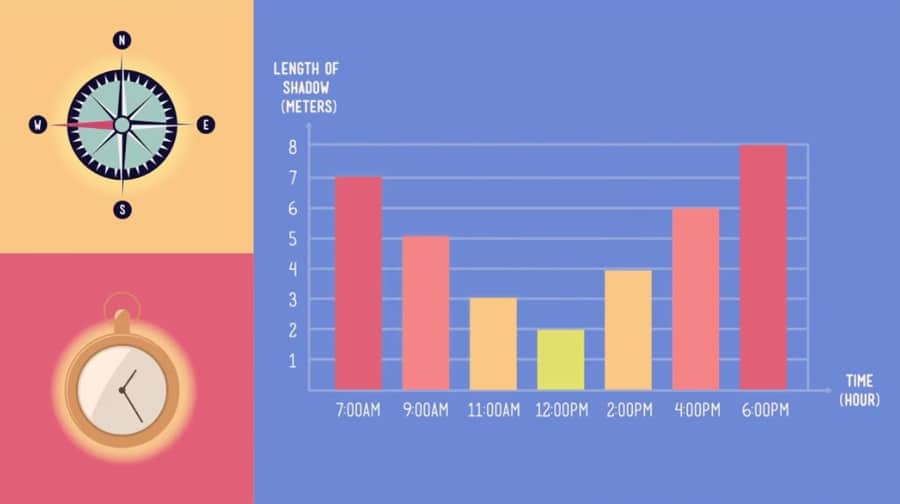 Learn more about the seasons and the sun with these videos: A Forest Year: Time-lapse videos of Earth’s cycle of the seasons, Reasons for the Seasons, and a winter solstice time-lapse in Fairbanks, Alaska.

Plus, watch more videos about shadows, including the 2017 Solar Eclipse from the shores of Palisades Reservoir, Idaho and Shadows on Other Worlds.

Watch a time-lapse sunset through a solar telescope

Venus crossing in front of the sun, via NASA SDO