Revealing remains of the ancient pharaonic city Aten have been discovered. This Guardian video shares views of the Egyptian site, dubbed The Lost Golden City of Luxor, as well as some of its incredible 3,400-year-old artifacts. It has been described as “one of the most important finds since unearthing Tutankhamun’s tomb.”

Found in September 2020 by Egyptian archaeologists, led by Dr. Zahi Hawass, the site is also believed to be the largest ancient city found in Egypt. From National Geographic:

“There’s no doubt about it; it really is a phenomenal find,” says Salima Ikram, an archaeologist who leads the American University in Cairo’s Egyptology unit. “It’s very much a snapshot in time—an Egyptian version of Pompeii.”

The site dates from the era of 18th-dynasty pharaoh Amenhotep III, who ruled between around 1386 and 1353 B.C. and presided over an era of extraordinary wealth, power and luxury…

Structures are packed with everyday items, many of which relate to the artistic and industrial production that supported the pharaoh’s capital city. There are homes where workers might have lived, a bakery and kitchen, items related to metal and glass production, buildings that appear related to administration, and even a cemetery filled with rock-cut tombs. 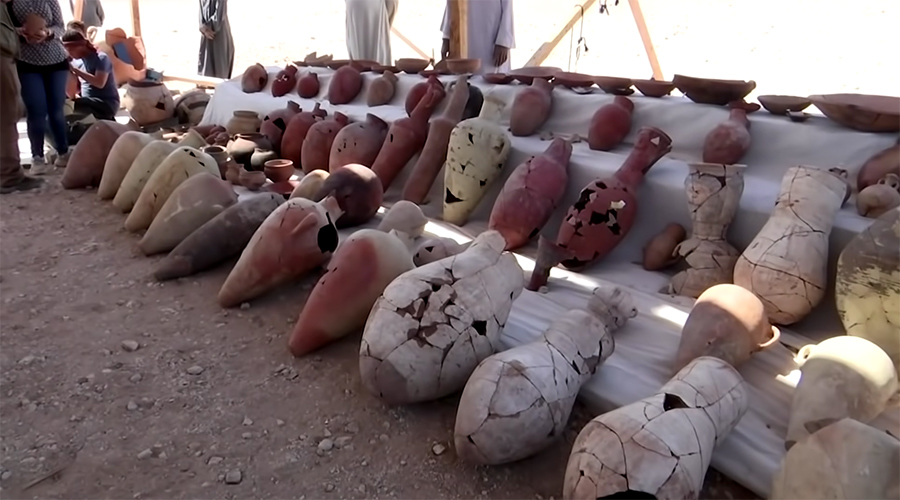 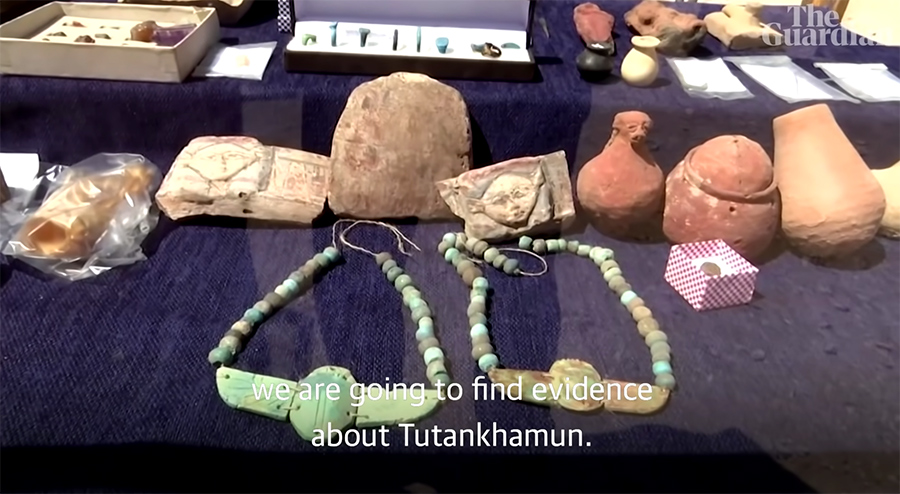 Overhear voices, listen to distant birds, spot ancient pottery, and walk virtually through the humble mudbrick walls of the ancient royal city with this Luxor Times video, a 360-degree view of the 2021 excavation site: 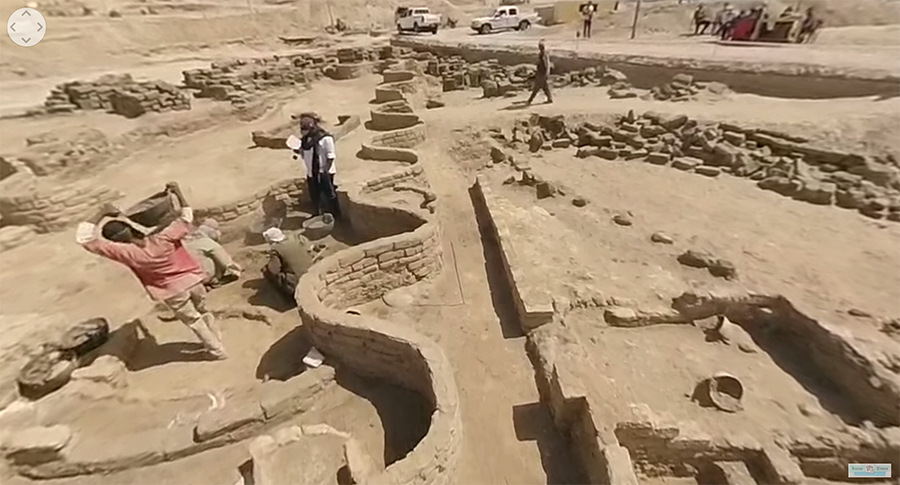 Related reading: The discovery of the lost city of ‘the Dazzling Aten’ will offer vital clues about domestic and urban life in Ancient Egypt at The Conversation, and Archaeologists Have Discovered the Lost Pleasure City of Luxor, Long Fabled as the ‘Egyptian Pompeii,’ Stunningly Preserved in Time at Artnet.