“The eel’s powers are infamous and many scientists thought that they were straightforward: Big zap. Dead prey or not. But it turns out that we have greatly underestimated how subtle and sinister the eel’s use of electricity can be. It’s a taser. It’s a remote control. It’s a tracking device. Think the electric eel is shocking? You haven’t seen anything yet.”

Bees, sharks, rays, the platypus, one species of dolphin, and the hammerhead shark are all capable of electroreception or detecting small electrical fields. BBC Earth explains:

“Most electroreceptive animals are water-dwellers. But there are a limited number of electric mammals, such as the land-dwelling echidna (sometimes known as a spiny anteater), and its cousin the duck-billed platypus, which lives both in water and on dry land.”

Other animals, like torpedo rays, African freshwater catfish, and the electric eel—a long knifefish—can generate their own electric pulses, sometimes intense shocks of up to 600 volts… or perhaps more. This is called electrogenesis.

Explore electricity in the animal kingdom—the ability to sense it and generate it—in this animated Animalism episode from Pulitzer Prize-winning science journalist Ed Yong and The Atlantic.

And read more about electric eel biology at the Smithsonian’s National Zoo:

“Three specialized electric organs—the main electrical organ, the Hunter’s organ and the Sachs’ organ—make up about 80 percent of this fish’s body. Its remaining vital organs are tightly packed within the anterior, or front, part of its body.

“The electric organs create strong and weak electric charges, which are utilized for defense, hunting, communication and navigation. Stronger electric charges can be energetically exhausting for this fish. Its strongest electric pulses are produced by the main electrical organ, as well as two-thirds of the Hunter’s organ. The remainder of the Hunter’s organ and the Sachs’ organ produce the weaker electric discharges.” 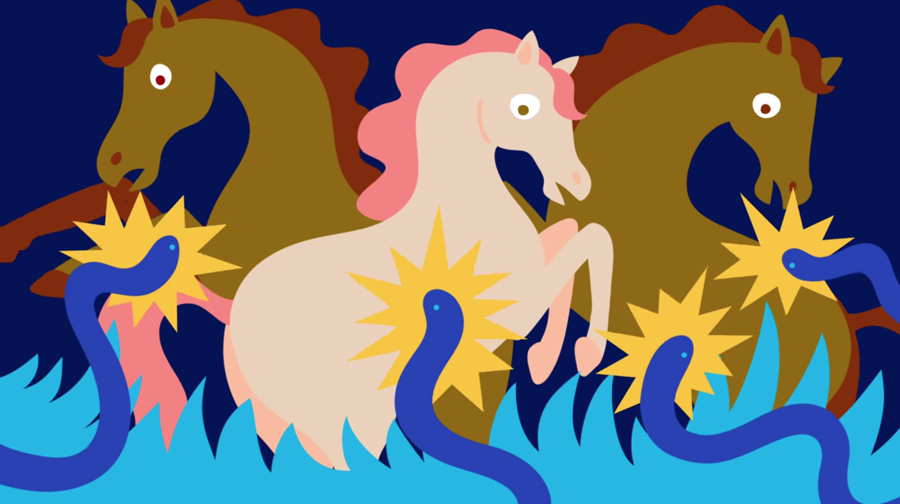 Plus: How does the animal kingdom sleep and see?

How does the animal kingdom sleep?

How do batteries work?

How do animal eyes see the world?