Elephants of War: Elephant armor (bargustavan-i-pil) from India, circa 1600

‘Fearsome war elephants fully clad in armor‘ were a thing. Natasha Bennett, a curator at the Royal Armouries Museum in Leeds, England, introduces this stunning mail and plate elephant armor (bargustavan-i-pil) from India, circa 1600. Brought to England in 1801, it is said to be the largest animal armor found on display in any museum. 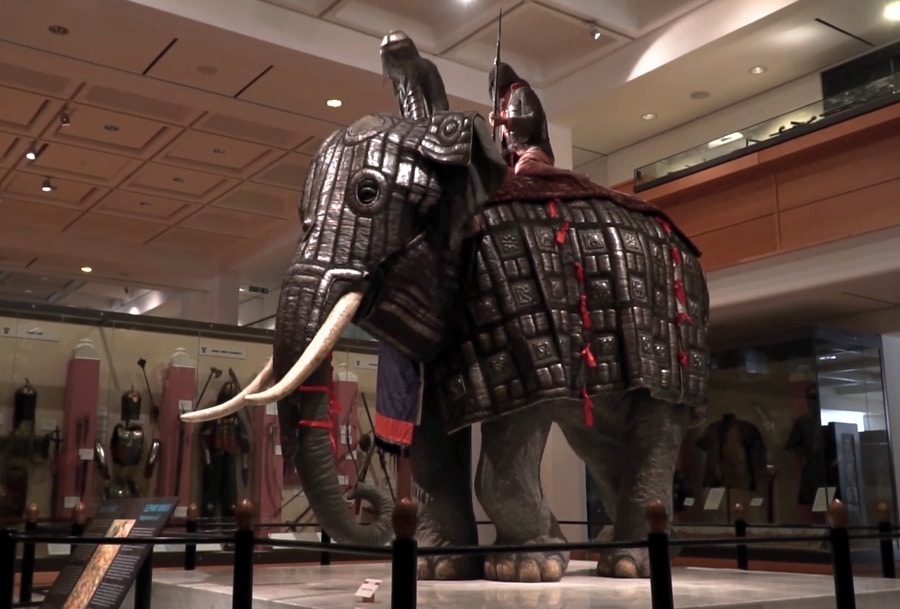 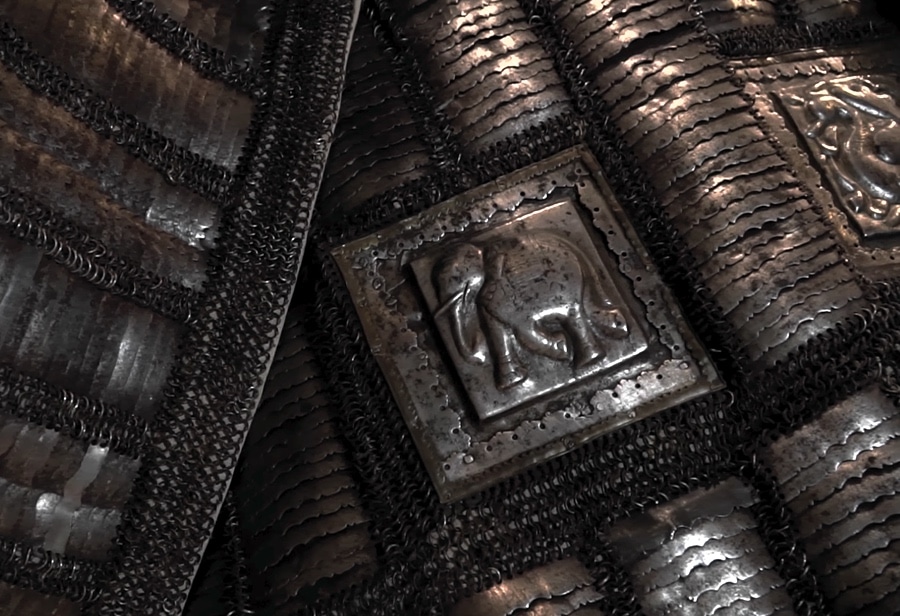 Now-endangered, Asian elephants were first used on the battlefield in India, and famously in the 326 BC Battle of the Hydaspes between Alexander the Great and India’s King Porus in modern-day Pakistan. From Wikipedia:

There were many military purposes for which elephants could be used. In battle, war elephants were usually deployed in the centre of the line, where they could be useful to prevent a charge or to conduct one of their own. Their sheer size and their terrifying appearance made them valued heavy cavalry. Off the battlefield, they could carry heavy materiel and provided a useful means of transport before mechanized vehicles rendered them mostly obsolete…

Though the armored animals might have succeeded in intimidating opposing armies from afar, these intelligent and social herbivores would often attempt to escape when in danger on the battlefields. No longer used for war in the modern era, their presence within armies over thousands of years has created “a deep cultural legacy in many countries.” 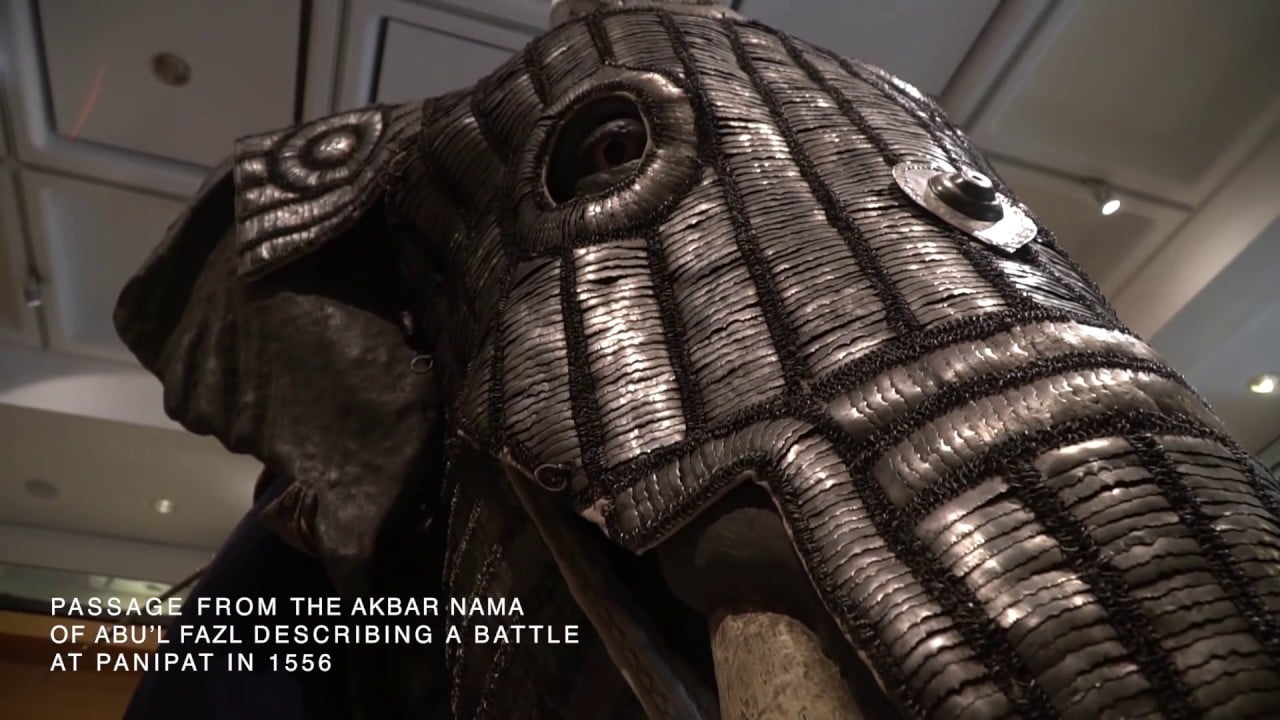 Which animals have tusks?