What happened that time Ella Fitzgerald forgot the lyrics?

Performing in West Berlin in 1960, Ella Fitzgerald launched into a cover of the hit song Mack The Knife, previously made popular by Bobby Darrin and Louis Armstrong. The challenge: She didn’t know the lyrics that well, and midway through the song, she completely forgot them. And yet, that small fail on stage became a big Grammy-winning performance from her live album Ella in Berlin. The reason: Ella Fitzgerald was an expert in improvisation.

Though free-styling, scat-singing, mimicking Louis Armstrong, quoting (referencing other songs while improvising), playing, and joking all the way through Mack The Knife, she not only created a memorable, award-winning performance, she continued to change music history by changing perceptions within the music industry. 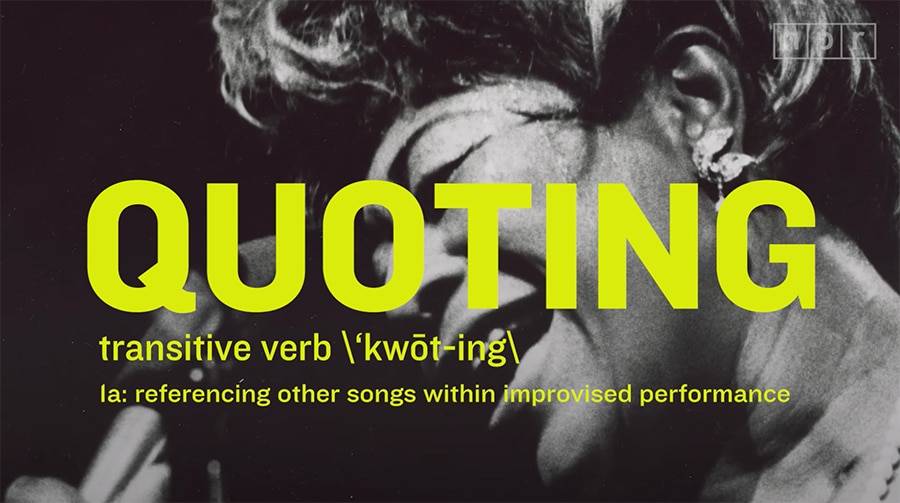 This is How Ella Fitzgerald Turned Forgotten Lyrics Into One Of Her Best Performances Ever, an excellent episode of Jazz Night in America. From NPR:

While her musicianship was legendary, what may be most important is the legacy she’s left for the vocalists who followed. Before Fitzgerald, singers weren’t considered musicians the same way instrumentalists were; at that time, “the only requirement for a vocalist was to sing the lyrics,” says singer Charenee Wade. But Fitzgerald proved that singers were capable of the same level of artistry as any other member of the band. Wade continues, “I’m just thankful that she did that for us. She created a pathway for vocalists to be a part of what I consider to be all the fun.”

Fitzgerald received awards for Best Female Vocal Performance (Single) and the Best Vocal Performance, Female (Album) at the 3rd Annual Grammy Awards. Find it on Spotify or listen to it here:

File under fails, play, creativity, and Ella Fitzgerald, the woman who inspired the creation of The Kid Should See This.

Plus: Talkin’ Scat with Hoots the Owl and Gordon and What is Jazz? Ella Fitzgerald & Mel Tormé explain.

The Music Instinct: Taylor McFerrin and his dad, Bobby

Oscar Peterson and Count Basie – Jumpin’ At The Woodside