What first seemed like a pipe in the ground has revealed itself to be a rare paleontological find: A large and surprisingly complete ‘sea dragon’ fossil. The ichthyosaur, an extinct marine reptile that thrived during the Mesozoic, Late Triassic, and Early Jurassic periods, was found at the Rutland Water Nature Reserve.

The video above, shared by the Stamford Mercury, is an introduction to the Rutland ‘Sea Dragon’ fossil from the Anglian Water team. They manage the Rutland reservoir. More from their site: 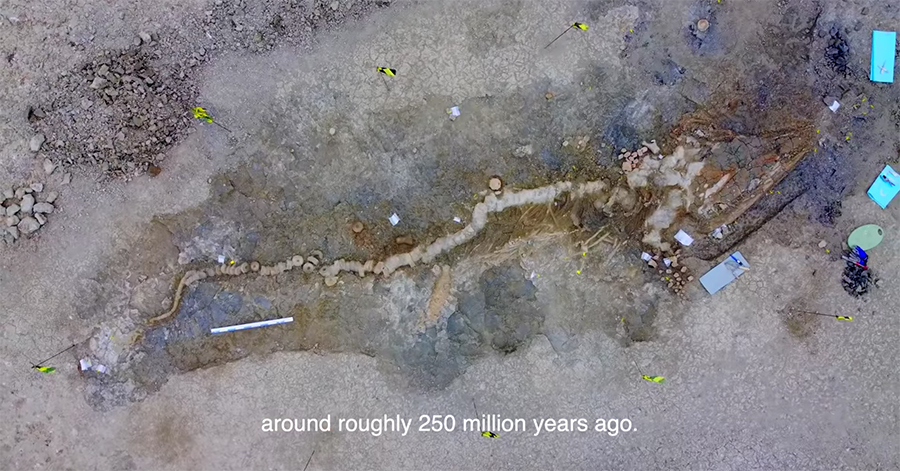 Temnodontosaurus means ‘cutting-toothed lizard‭’ and as Sir David Attenborough explains, “people thought it was some kind of monster.” In a longer version of this 2019 video, he continues: “They thought it was a kind of cross between a reptile and a fish, so they called it a ‘fish lizard,’ or ‘sea dragon.’” 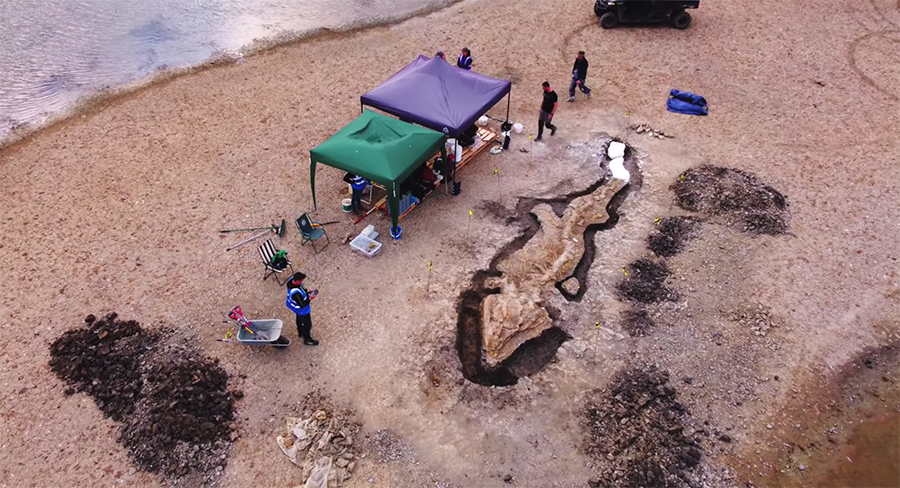 Read more about the marine reptile from Anglian Water:

“Ichthyosaurs first appeared around 250 million years ago and went extinct 90 million years ago. They were an extraordinary group of marine reptiles that varied in size from 1 to more than 25 metres in length, and resembled dolphins in general body shape.

“The discovery is not the first at Rutland Water, with two incomplete and much smaller ichthyosaurs found when we initially constructed the reservoir in the 1970s. It is however the first complete skeleton we’ve ever found at Rutland Water.” 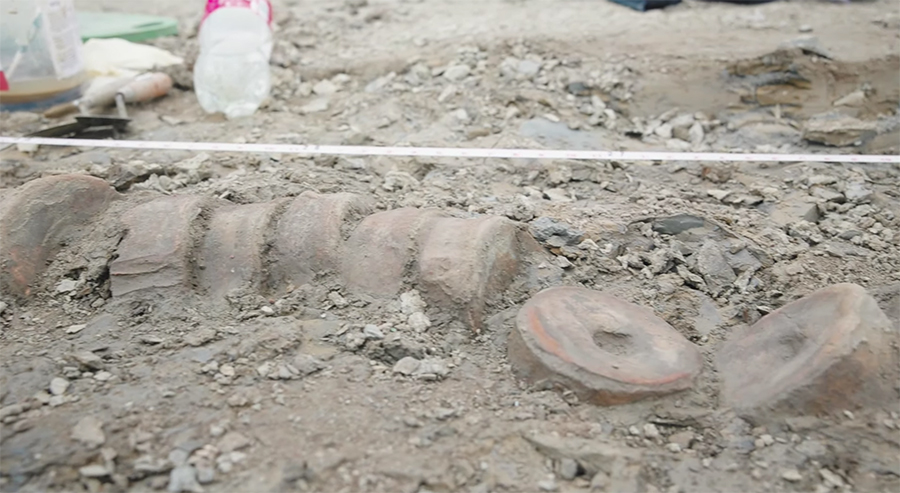 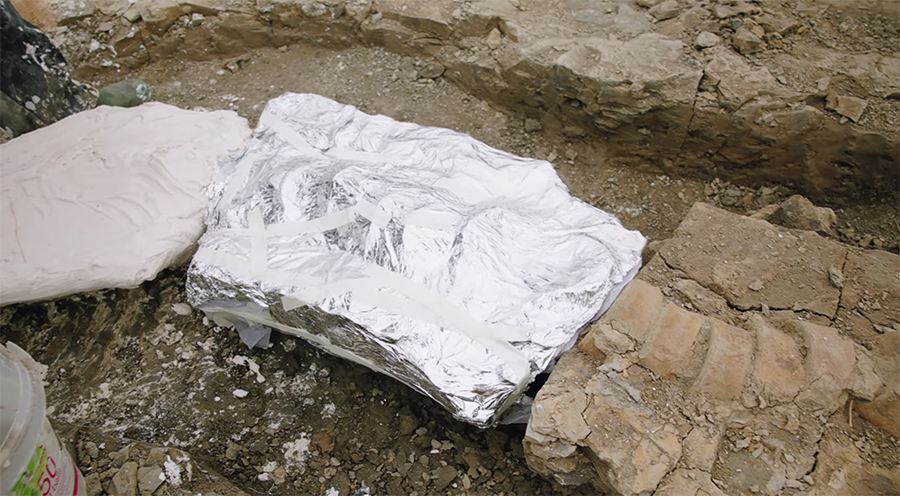 The silent video below shares 12 minutes of excellent b-roll, scenes of the excavation from the ground and from a drone’s eye view. To help visualize its size, London’s Natural History Museum notes that the animal is “about double the height of a giraffe.”

Be sure to watch this next: Temnodontosaurus, the Jurassic ‘Sea Dragon’.

Then enjoy more videos about fossils and excavations:
• Mary Anning, the greatest fossilist the world ever knew
• Life, death, and discovery of a plesiosaur
• How was the Suncor Borealopelta ankylosaur excavated?
• Woolly mammoth remains discovered in a Michigan field
• A kid discovers a 32-million-year-old fossilized nimravid skull