An air purifier, an art object, and a piece of lighting design all in one living, ‘breathing’ chandelier. This is London-based inventor and bioengineer Julian Melchiorri‘s Exhale Bionic Chandelier, a microorganism-filled light made from 70 ‘leaves’ that take carbon dioxide out of the air and turn it into oxygen. Inspired by the Victoria and Albert Museum‘s Art-Nouveau and Islamic Art collections, it was developed while Melchiorri was the museum’s first Engineer in Residence. The piece is now a part of the V&A’s permanent collection. From his site:

Exhale is also the first living object which continuously grows while performing biologically-driven depurative functions. The light of the chandelier illuminate the space but also stimulates photosynthesis performed by tiny microalgae, this living microorganisms feed on carbon dioxide while releasing breathable oxygen into the room. This biological process performed by the chandelier establishes and explores a new symbiotic relationship between object and people where life-giving resources are constantly exchanged, and where each other waste enables respective metabolic processes. This exchange recalls how biospheric systems work, where waste ultimately doesn’t exists but is a valuable resource for other elements in that system. 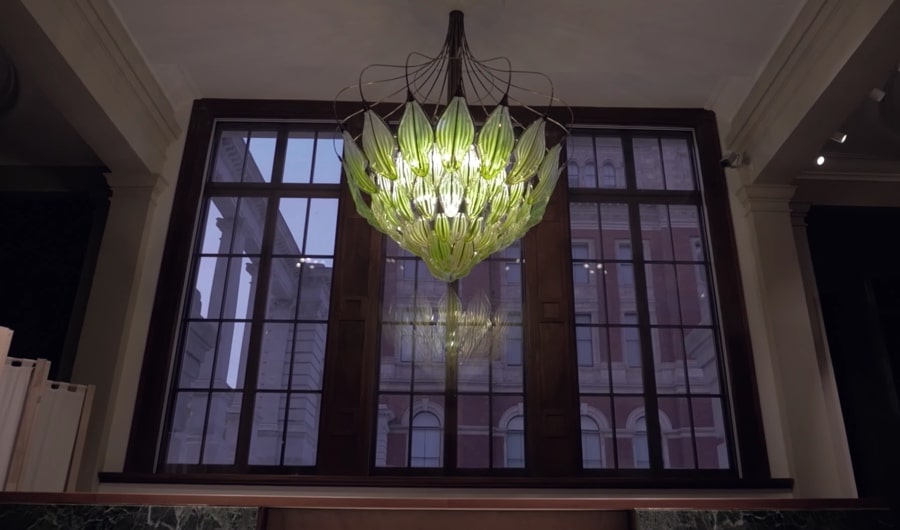 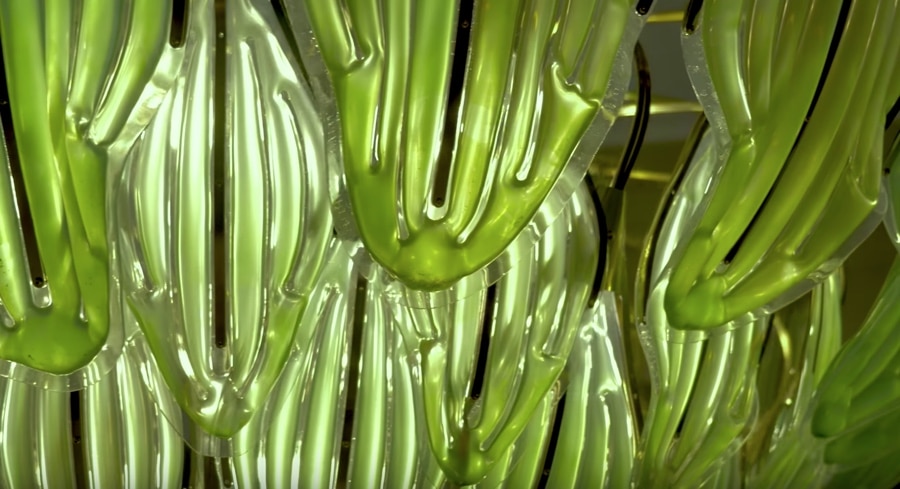 Melchiorri has been exploring how biotechnology and biomimicry might help purify the air in urban spaces or even space stations for years. His Silk Leaf project, “made of a biological material mostly composed by silk protein and chloroplasts,” created headlines in 2014. From Dezeen:

Related videos: Think Like a Tree – Problem solving with nature’s best ideas, how NASA sees photosynthesis from space, how plants grow in space from Science Friday, more videos with leaves and more videos about chandeliers.

Why do leaves change color?