What is the fastest accelerator on the planet? A cheetah? A rocket? A… a fungus spore? —This short video is a segment from the BBC’s Invisible Worlds, which captures these exploding fungi in footage that’s slowed down 10,000 times.

Pilobolus lives in cow dung. This life habit may seem terrible to us, but fungi like Pilobolus are very important in nature. These fungi, called “decomposers” break down non-living organic matter by feeding on it. Some bacteria and animals are also decomposers. Without them, we would be surrounded everywhere by piles of dead plants, animals and dung… 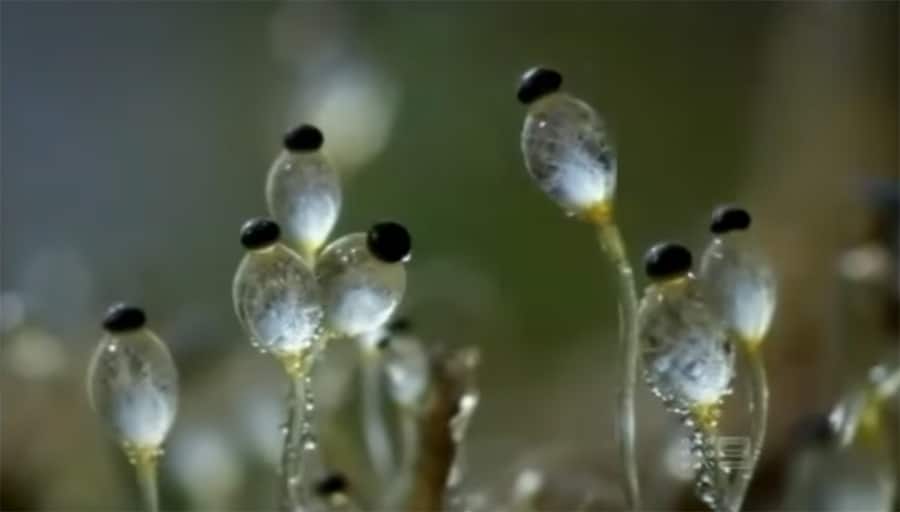 Pilobolus has evolved a way to shoot its spores on to the grass. Its “shotgun” is a stalk swollen with cell sap, bearing a black mass of spores on the top. Below the swollen tip is a light-sensitive area. The light sensing region affects the growth of Pilobolus by causing it to face toward the sun. As the fungus matures, water pressure builds in the stalk until the tip explodes, shooting the spores into the daylight.

Shooting the spores into the daylight gives them a better chance of landing in a sunny place where grass or other plants are growing. The cows that made the dung for the previous batch of Pilobolus will probably eat these spore covered plants and start the process all over again. 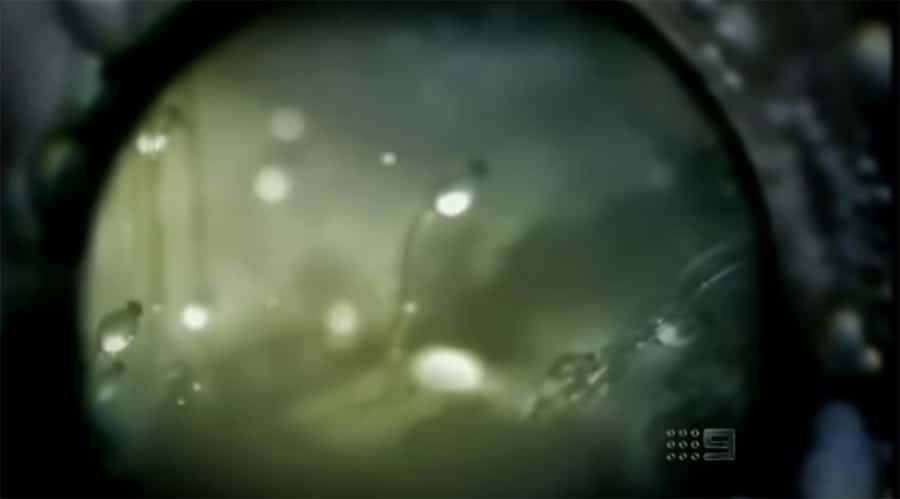 The secrets of citrus micro-jets, captured in high speed