With wings, eyes, and nostrils built for their signature high-speed dives from above, peregrine falcons are like feathered fighter jets. Their notched beak and sharp claws complete their raptor credentials, as documented in this Deep Look episode. 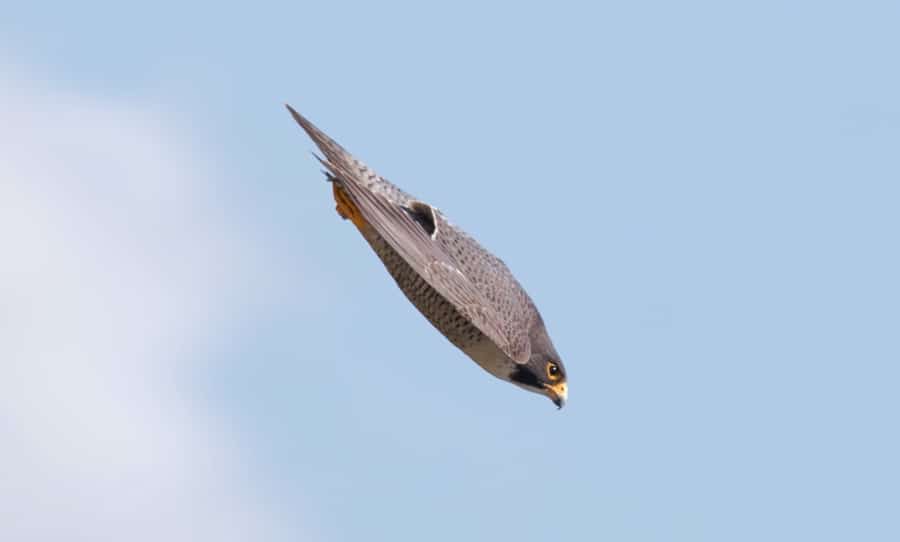 While known for being the world’s fastest bird–peregrines have been clocked at diving more than 200 miles per hour [320 km/h]–these majestic birds were at risk for going extinct 50 years ago. Widespread use of pesticides such as DDT decimated native populations of peregrine falcons.

By 1970, California’s peregrine population had dwindled to only two known nesting pairs statewide. The federal government banned DDT in 1972. And successful restoration efforts spearheaded by organizations like The Peregrine Fund helped revive their numbers. By 1999, they were removed from the federal Endangered Species List. Recent surveys estimate that there are now 300 to 350 nesting pairs in California and more than 2400 pairs nationwide.

One of those pairs has become well-known in California’s East Bay. High up on UC Berkeley’s clock tower, peregrine falcons Annie and Grinnell and their young have been studied through banding and a few live web cameras since 2017.

Next: An endangered Philippine Eagle chick grows up, Cornell Lab of Ornithology’s Great Horned Owl Live Cam, and how small of a space can a Northern Goshawk fly through?