Like an elusive, caped creature in the ocean, a blanket octopus hovers at the surface the water. This is a female of the species; we know this because she is around two meters (6.6 feet) long. In contrast, the male blanket octopus is less than 3 centimeters wide.

The difference in males and females of a species is called sexual dimorphism, and can include size, coloring or ornamentation, form or structure, and behavior. A few examples of this include peacocks, peacock spiders, birds of paradise, lions, elk, and even humans. 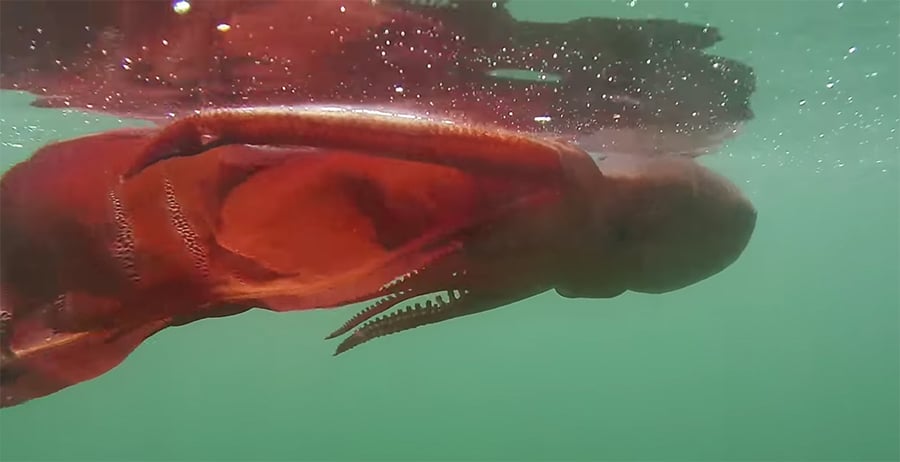 Update: The original video (below) will only play on YouTube.

This video is from Oceans, a French documentary film by Jacques Perrin (released in the US by Disneynature). It also includes incredible footage of a ‘fish tornado’ morphing into a fish bait ball.

Watch more fish tornado videos or see another clip from the movie.