What is the difference between fluorescence and bioluminescence? How do some marine animals use fluorescence? And what do you have on your body that’s fluorescent? This Monterey Bay Aquarium Institute (MBARI) video explains. 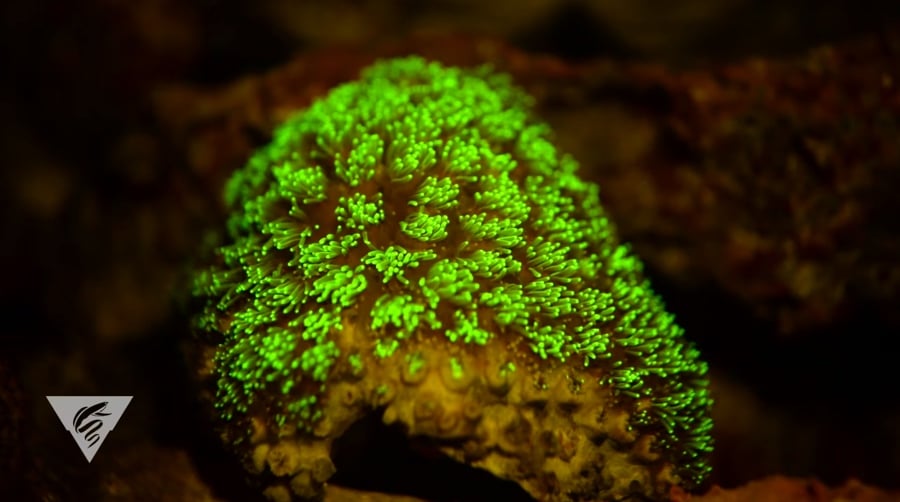 Fluorescence is a process where high-energy light temporarily excites electrons in a molecule. When the molecule relaxes, the energy is re-emitted as a lower-energy photon with a longer wavelength. For example, blue or violet light is often used to excite green, yellow, or red fluorescent emission. Fluorescence is a passive physical property of many molecules, and unlike bioluminescence it is not something that animals can actively turn on and off…

To test how animals might use fluorescence we conducted predator-prey experiments with the flower-hat jellyfish. We found that the fluorescent tentacle tips, when excited by ambient blue light from the environment, were an irresistible attractant to potential prey… We also found evidence for fluorescent structures in a range of other predators. 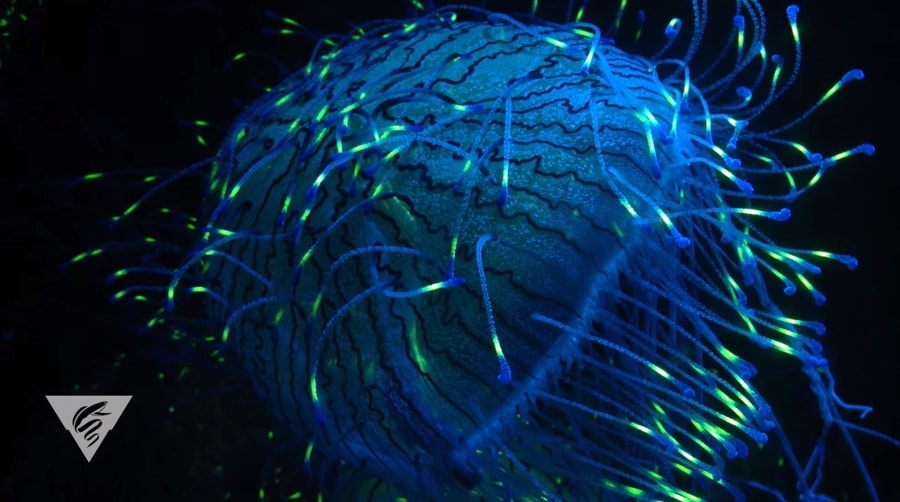 On the Allure of the Flower Hat from bioGraphic magazine:

Having conclusively demonstrated that flower hat jellies use their fluorescent tentacles as lures to attract prey, the scientists began to wonder why the strategy worked. Their best guess is that the fish mistake the jellies’ glowing, green tentacles for algae, since the chlorophyll in algae is also naturally fluorescent. Algal tufts and mats often emit red fluorescence on reefs, and chlorophyll can even fluoresce from within the guts of animals that have recently eaten an algal meal. “Herbivorous prey may be attempting to find algae and be attracted by long-wavelength fluorescent pigment that would normally indicate the presence of chlorophyll,” they wrote, “while carnivorous prey could be searching for gut fluorescence.” None of this matters to the flower hat jelly, of course, as long as there is a steady stream of prey lured in by its flamboyant display. 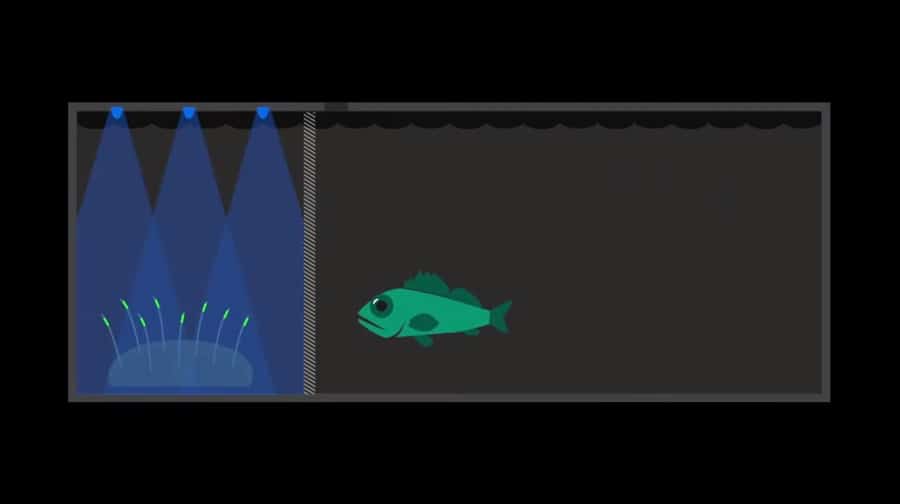 And the fluorescent parts of the human body? Teeth and fingernails. Try filming them in the same way researchers filmed animal fluorescence in this video: Use a piece of yellow plastic and a blue LED flashlight.

Plus: How to Make UV Light Out of Your Phone’s LED Flash at Wired.

Watch these videos next: Scorpions of the Bay Area, the case of the green-eyed squid, how glow-in-the-dark jellyfish inspired a scientific revolution, and the Difference Between Bioluminescence and Fluorescence.

The Difference Between Bioluminescence and Fluorescence