How do spiders use electricity to fly?

Spiders don’t have wings, but some of them can travel the skies over hundreds, even thousands, of miles using their long strands of a fine silk called gossamer. This ‘ballooning’ method has been associated with winds since its early observations, but Earth’s electric currents might also help send these spiders into the air. The silk strands are charged, similarly to how hair might stand on end from static electricity after you rub a balloon on it. This National Geographic Decoder video summarizes the science:

Lightning storms are one of nature’s displays of Earth’s electricity, but even under normal weather conditions, electricity is all around us. The atmosphere holds a positive electric charge, while Earth’s surface holds a negative charge. Just like with magnets, similar charges repel away from each other, and opposite charges attract. This interaction creates something called an electric field. The force of this electric field is what allows for some spiders to defy gravity… 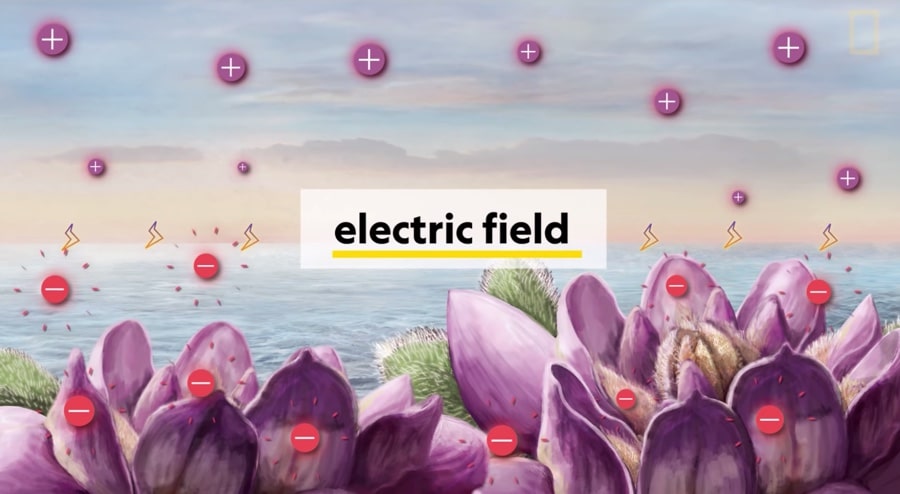 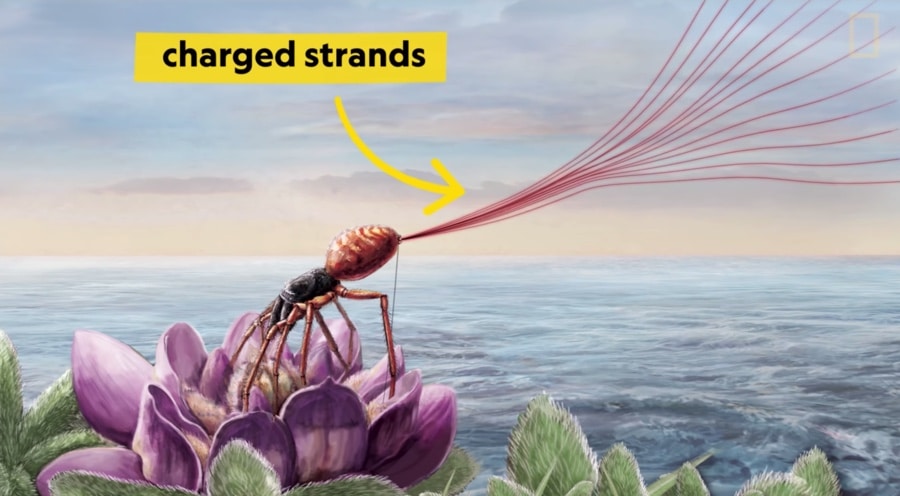 Watch this next: How do crab spiders use their silk to fly?

Plus: To Demonstrate How Spiders Fly (1909) and the incredibly strong (and massive) web of the Darwin’s bark spider.