How do spiders fly?

Hoisting their bottoms into the air, some species of spiders can take off flying. The tiny feat is called ballooning and it has “intrigued scientists for hundreds of years…”

“Charles Darwin himself marveled at hundreds of tiny spiders landing on the Beagle while out at sea and later recorded how they took off from the ship with great speeds even on a calm windless day.”

But how do spiders do it? This University of Bristol video describes the 2018 scientific research by Erica L. Morley and Daniel Robert, who tested controlled electric fields on spiders to observe the arachnids’ aerodynamic capabilities. Morley also narrates the video.

In response, the spiders began to change their behavior to perform ‘tiptoeing’ where they straighten their legs raised their abdomen and released silk. This behavior is only ever seen when a spider wants to balloon.

Furthermore, once the spider was aloft its altitude could be controlled by turning the electric field on and off. This demonstrates that spiders can balloon using electrostatic forces alone but, in all likelihood, they would use a combination of both wind and electricity to balloon in their natural environments. 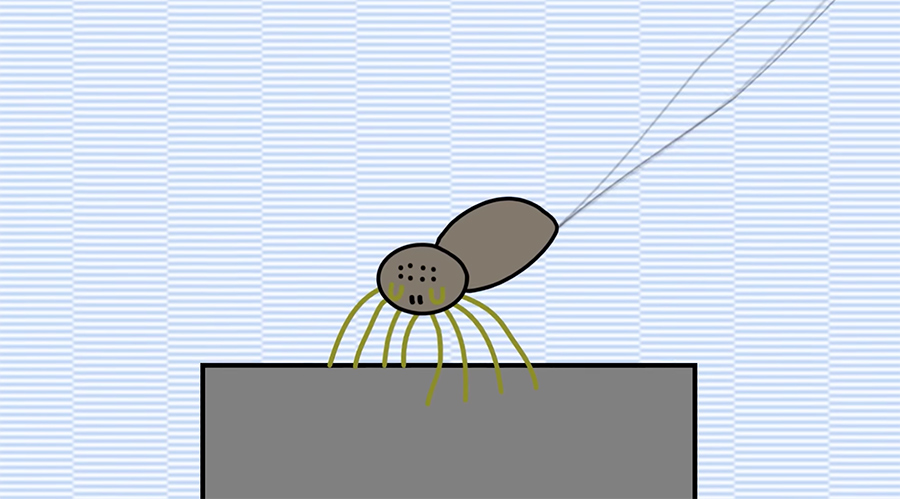 Watch more videos about spiders that fly, glide, hide, tumble, dance, and more:
• How do spiders use electricity to fly?
• Spiders that glide from tree to tree
• Sicarius spiders self-bury in the sand
• A newly-discovered species of cartwheeling spider
• Spiders Tune Their Webs Like A Guitar
• The Peacock Spiders of Australia

Bonus: The Science of Static Electricity and How to Make Static Magic.

The science of static electricity