Aurora chaser and University of North Dakota physics major Vincent Ledvina took 8000 photos over eight nights of aurora chasing to create this short yet stunning aurora video from Fort Yukon, Alaska. Images in the video were captured during February and March of 2022.

Auroras are caused by energized particles that collide with the oxygen and nitrogen gases in our atmosphere, creating bursts of light in the sky. Via NASA, “Oxygen gives off green and red light. Nitrogen glows blue and purple.” 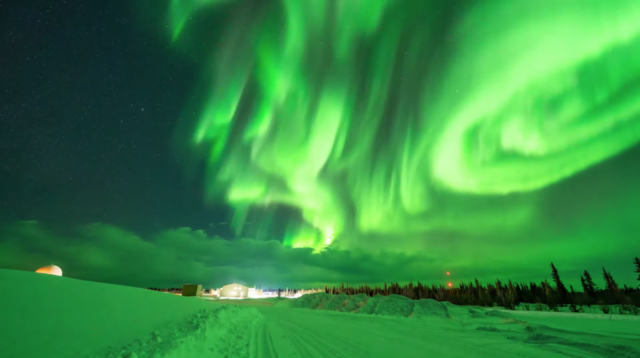 Ledvina is also the North Dakota ambassador for the Aurorasaurus citizen science project, a NASA Goddard K-12 STEM engagement project “that gathers real-time data about aurora sightings and sends out notifications to users when the northern or southern lights are likely visible in their area.” 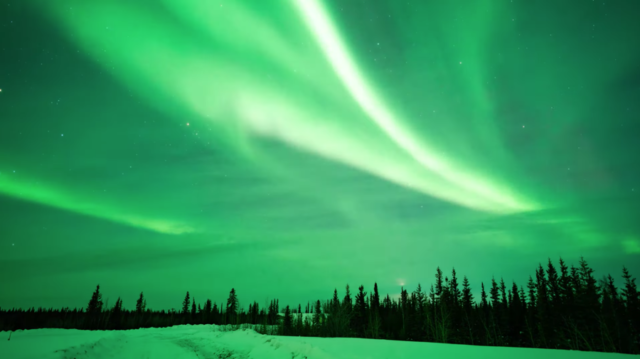 What does the Aurora Borealis look like in real-time? Watch Ledvina’s calming March 5th video from the same trip:

Then watch another Aurora Borealis in real time video.

And enjoy more aurora videos on TKSST, including:
• The Science and Beauty of Auroras
• Where does Space begin?
• Space Weather: Storms from the Sun
• A lunar eclipse & the auroras over Alaska, an 8K 360º time lapse