How has the Fresnel lens “saved a million ships”?

Lighthouses cast their bright beams out from where the land meets the sea, providing ships with a navigational marker, as well as warning them about dangerous coastlines in the fog. Their signature beacons are made possible by a Fresnel lens surrounding a single lamp.

The specially-designed glass lens was invented by French civil engineer and physicist Augustin Fresnel in 1822. It is said to have saved a million ships. From the BBC:

“Fresnel’s system was based on a key principle of geometric optics: when light passes from one medium to another – for example, air to glass and then to air once again – it changes direction. The lens’ concentric arrangement and ‘bending’ of light created a combined light intensity much greater than the light source itself.” 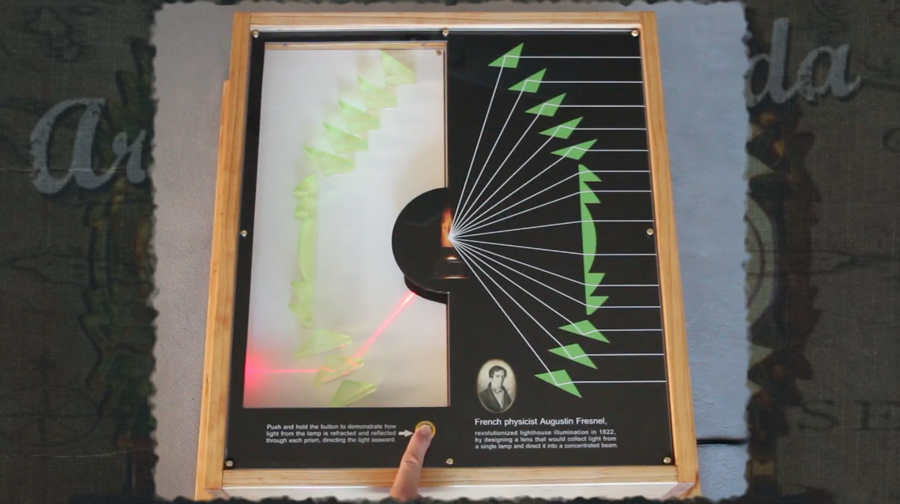 “This in turn allowed the light to be visible over greater distances. Fresnel installed his invention at Cordouan, a lighthouse already prominent in his home country, in an area known for its rugged coastlines and treacherous swells. By the 1860s, thousands of lighthouses had been fitted with Fresnel lenses, from small harbour lanterns to great sea lights.” 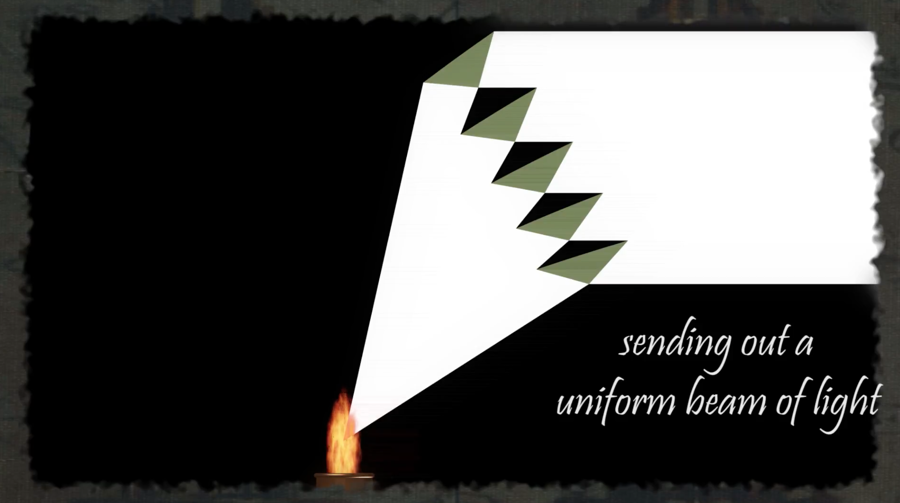 “A laser is used to demonstrate how light is collected from a single lamp, then traces through each prism, showing how refraction and reflection is used to form a concentrated beam.”

Take a closer look at a Fresnel lens with the video below, or visit Artworks Florida’s online photo gallery. 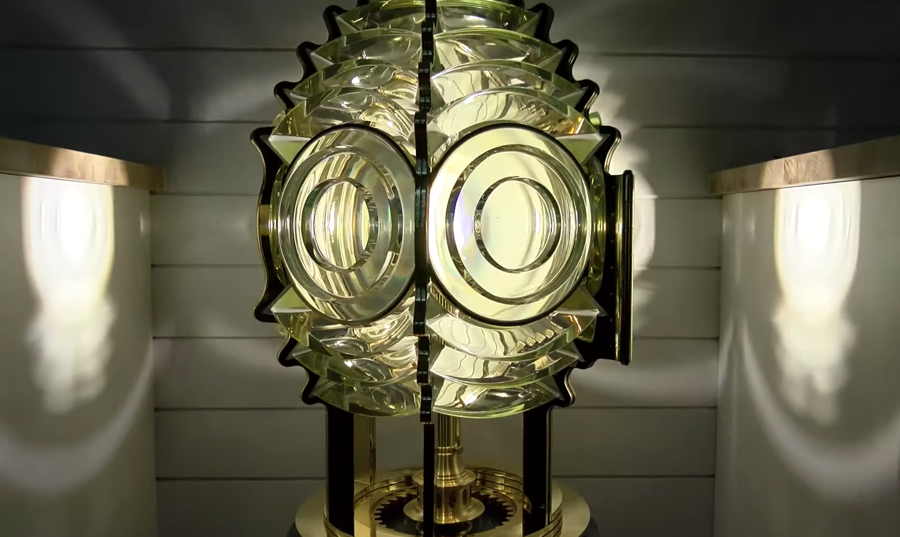 Watch these lighthouse videos next:
• Keeping the Flame Alight with the Last of the Lampists
• The Lighthouse of La Jument
• Changing shifts at le Phare de Kéréon

The Reversing Arrow Illusion: An amazing & easy trick for all ages

Life as a lighthouse keeper – They Are The Last

Keeping the Flame Alight with the Last of the Lampists

A Visual History of Light, animated