Gannet Life is a stunning nine-minute video from the Cornell Lab of Ornithology that documents one of only six gannet colonies in North America.

“Among the first to arrive and the last to leave,” the monogamous seabirds reunite in March after spending the winter apart. They breed, raise their chicks and see these young take their first flights. Not all of these first attempts are successful; the video is truthful but not graphic. Mixing slow motion with real-time clips, the entire document is beautifully filmed. 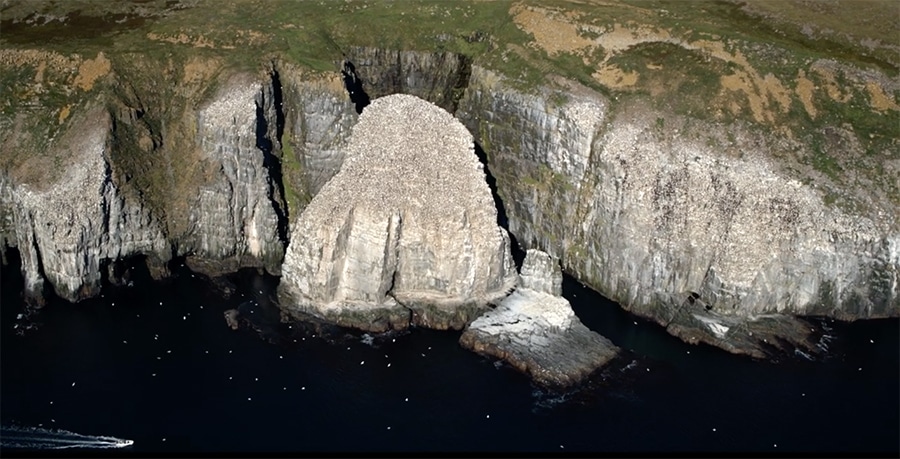 Cape St. Mary’s is the most accessible seabird rookery in North America. Bird Rock is the third-largest nesting site and southernmost colony of northern gannets in North America. Cape St. Mary’s is also the southernmost breeding area for thick-billed murres in the world and the southernmost major breeding site for common murres in the northwest Atlantic Ocean. The site is overflowing with perching, diving, and scrambling birds from edge to edge – melding together into an awesome moving, breathing spectacle of colour and sound. 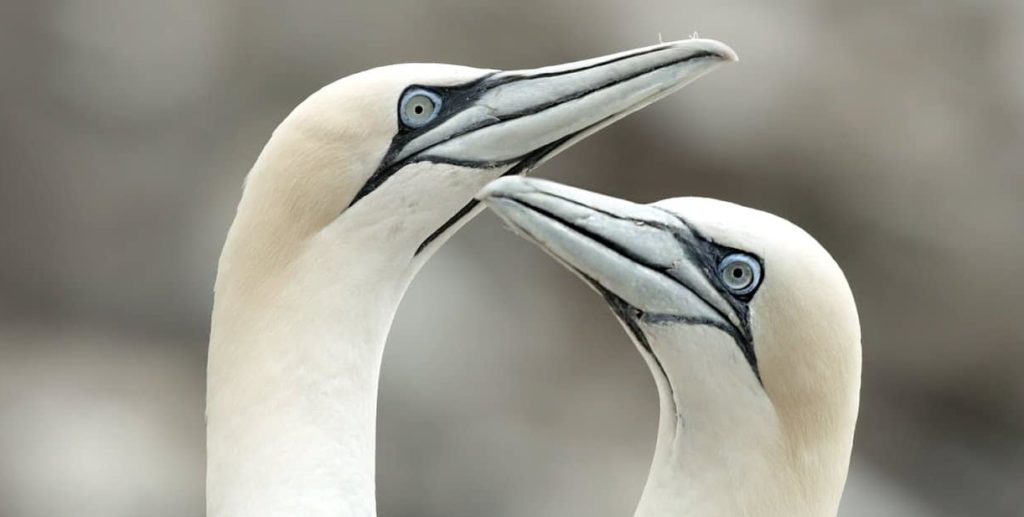 Plus, from Nature PBS: Gannets Diving for Fish.

The mating dance of the male Victoria’s Riflebird