Giant Millipede from the Amazon rainforest

This handsome and colorful Millipede was filmed in the upper Amazon rainforest of Ecuador. Millipedes do not actually have “thousand feet”, nevertheless this one has about 160 and others may have up to 750 legs. Millipedes are harmless detritivores, feeding on dead plants, and have two pairs of legs on most body segments. By contrast the carnivorous centipedes can inflict painful bites and have only a single pair of legs per segment. When threatened millipedes curl up into a spiral to protect their soft and vulnerable underside. Fossil evidence suggests that millipedes belonged to the first animals to live on land.

Physicist, biologist and photographer Andreas Kay filmed this red-legged millipede in February of 2018, and at 8.6 million views, it has become the most popular video on his YouTube channel. 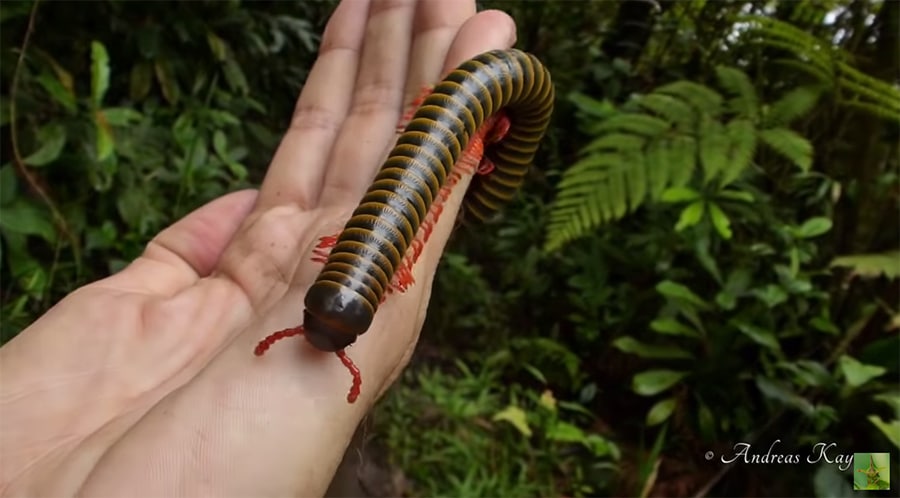 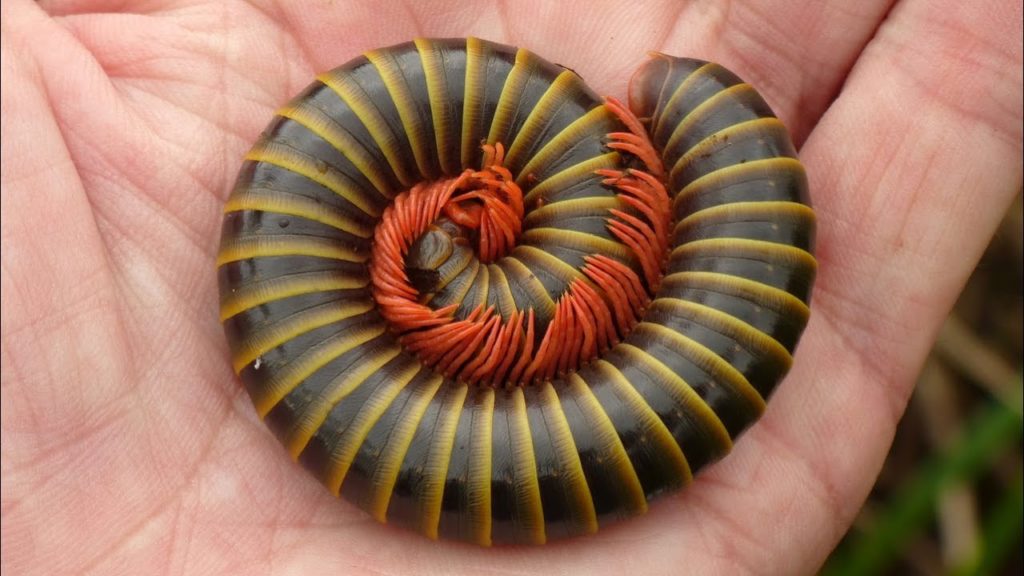 Here’s another. The video caption notes: “This Millipede was filmed partially in slow motion,” suggesting that the speedy second half of the video may be in realtime.

And this video captures a black giant millipede with white legs:

Learn more about these multi-legged creatures with Millipedes, The First Land Animals and why do millipedes have so many legs?

Previously from Kay: A tortoise beetle taking off in slow motion.

Spine of the South, time lapse from Ecuador to Patagonia