The city of Toulouse, France “has given itself over to an immersive form of street theater, bringing to life creatures like the giant spider and the Minotaur, the mythical monster from Greek mythology that is half bull and half man and said to have lived in the center of a maze on the island of Crete.” The giant robotic puppets have been brought to life by French theater company La Machine for a four day, city-sized performance of Le Gardien du Temple. Live musicians accompany the production and can be seen and heard in this video by Arnaud Giraudiere. 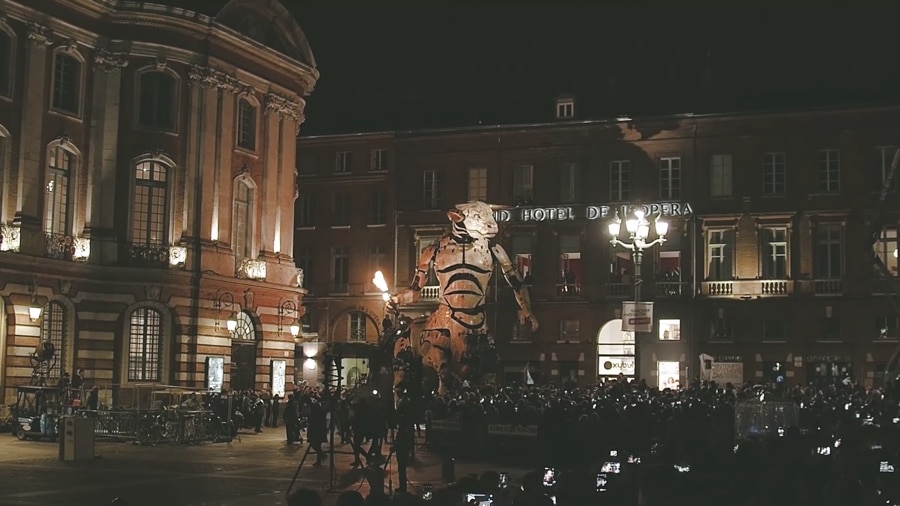 In this scene, spider Ariadne finds and bites the sleeping Minotaur Astérion, transforming him into the temple’s guardian. Though the sound quality waivers at the end, the video captures the spectacular encounter between the beasts. Scenes from acts one, two, and the finale over the Garonne river are on Giraudiere’s YouTube channel. 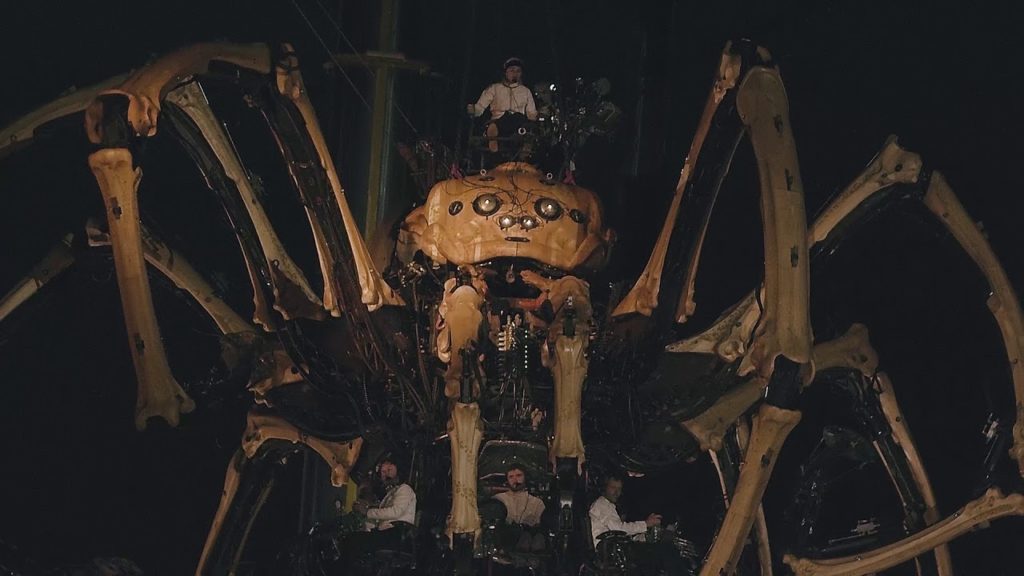 At 13 and 14 meters, 43 and 46-ish feet tall respectively, the giant wood and metal puppets require dozens of operators. This La Machine video gives glimpses into how their half electric/half combustion machines are made:

Plus, in French, go behind the scenes with Maker Junior in Ottawa, Canada for the 2017 production of Long Ma Jing Shen. Click CC for translation:

This interview is big, 40 ton fire breathing dragon big. Today, Hari interviews Antoine Piffaut, the Director of Movement for Kumo, a 40 ton mechanical spider. In this video, Antoine explains the various challenges involved with operating such a massive puppet for the street theatre company La Machine.

Bonus: Mekanikos vs. The Minotaur, a charming wooden machine.

The Monomyth of the Hero’s Journey

The giant tap dancing noses of Shostakovich’s ‘The Nose’