Catapults, teeter-totters, ramps, and levers can make saving coins a fun activity. This vintage collection of coin banks provides six inventive examples of how simple mechanisms can create some imaginative scenes, too.

In this Grand Illusions video, host and toy collector Tim Rowett shares a few of his favorite coin banks. From the video caption:

“The first launches coins in a spiral, until the coin vanishes down the hole in the middle.

“Then from Takara of Japan a group of teddy bears animate when you pop a coin in.

“Then a performing dog! Pop a coin in its mouth, release the spring, and the dog jumps through the hoop and pops the coin in the barrel.” 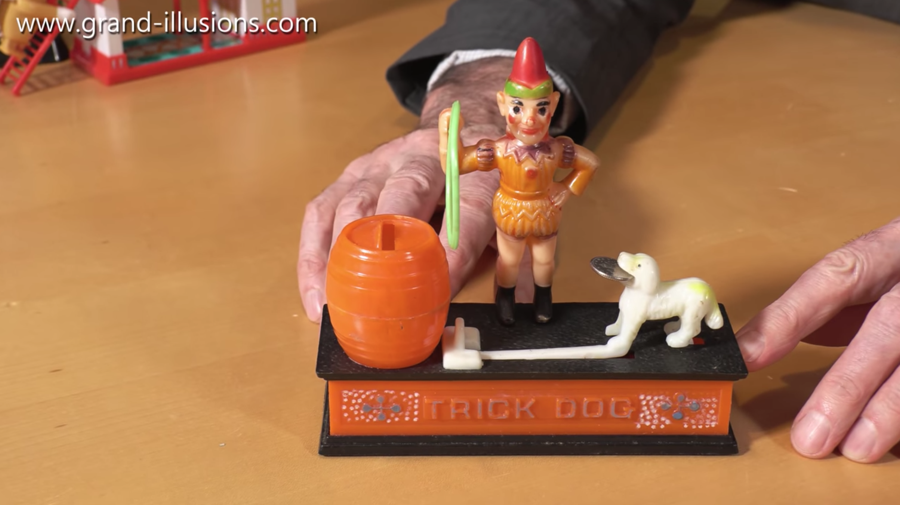 “The next example has a bear that climbs a ladder. You pop the coin into his backpack, wind him up, and he starts climbing the ladder. At a certain point, the ladder tips forward in a see saw motion, and the coin pops through a slot in the side of the house.” 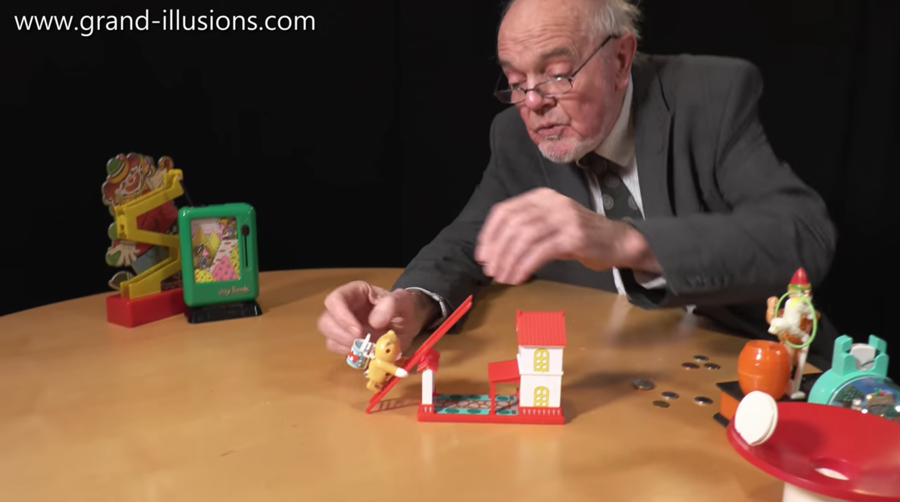 “The next example is called ‘Joy Bank’. Pop a coin in, push the lever down, and the figure of a boy climbs the steps and gives the girl a kiss, and then he slides down to the bottom of the steps…

“Finally a coin bank that only works with an American one cent coin. The coin ‘flips’ its way down the zig zag track. There is a kind of fluttering action, and the size and weight of the coin are both critical. As far as Tim has discovered, only the one cent US coin will work!” 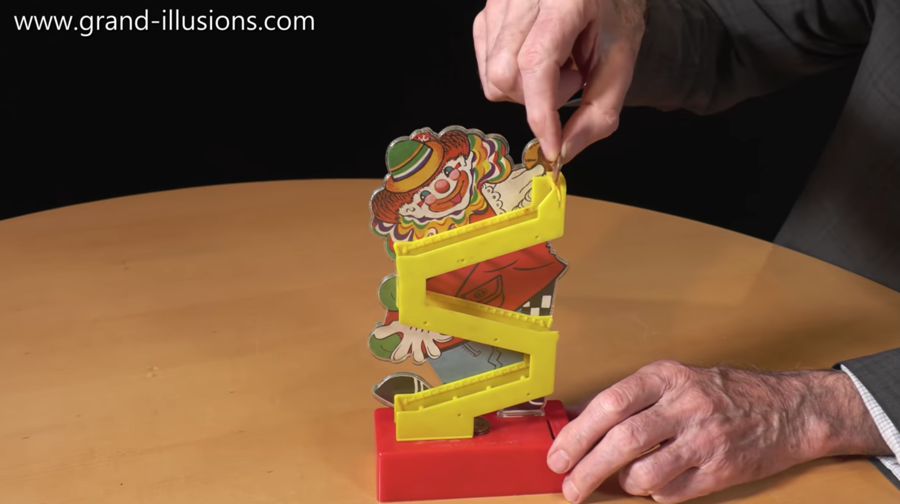 Math in Motion: Playing with a desktop Galton Board

How to make a DIY Duct Tape Coin Pouch

How to make a coin sorting machine with cardboard

How to build a balancing bridge out of coins without glue

How are coins made at The Royal Mint?

Don’t put any coins in this cardboard coin box