Watch clouds speed by. See the sun illuminate snow-covered mountains. Witness a bear in an open field. This striking 2016 footage of Jackson Hole Valley and the foothills of the Teton Mountain Range was filmed in 8K by More Than Just Parks.

MTJP was founded by filmmakers Will and Jim Pattiz to help connect people to the majesty and immeasurable value of America’s National Parks. In doing so, they hope to help protect these parks for the future. Grand Teton is one in a series of shorts that celebrate each park. 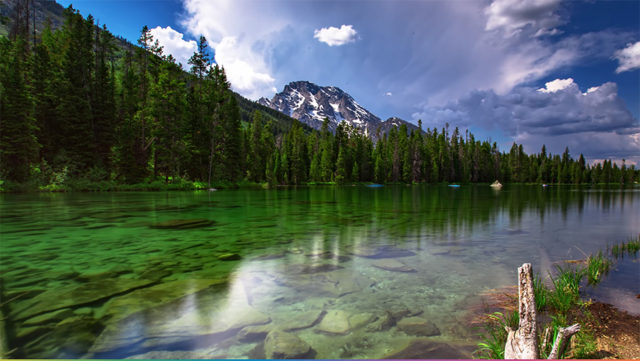 To make this film happen we spent nearly a month in Grand Teton National Park during June & July. Of all the films we’ve shot this one features the most wildlife. We captured bison, elk, moose, bears, foxes, beavers, and more. 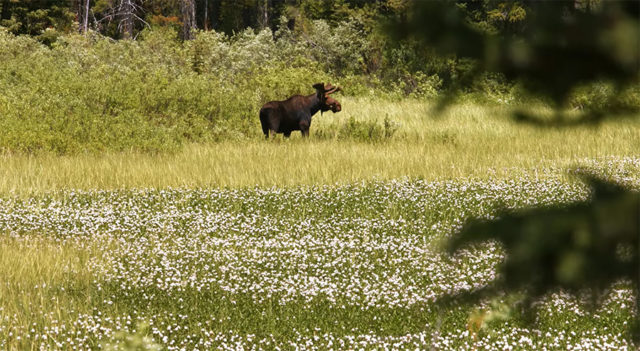 Grand Teton is situated just south of Yellowstone and while it still sees a significant amount of visitors each year it is far less than its northern counterpart. As one of the most stunning mountain ranges in the world Grand Teton is in a class of its own. 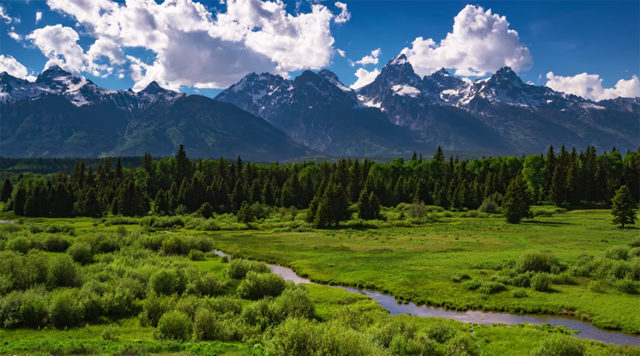 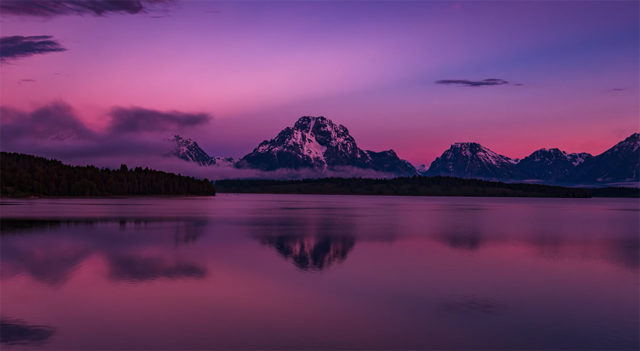 Watch these national park videos next:
• Why do we need national parks?
• Star Parties In Our National Parks: Parks After Dark
• Noticing the soundscapes of Yosemite National Park
• The Grand Prismatic Spring
• Petrified Forest National Park: How is petrified wood is made?

Why do we need national parks?

The Geysers of Yellowstone National Park in action

Oregon’s Lost Lake drains down a lava tube every spring