What do pencils, shiny rocks, and dead animals have to do with American art? Specifically with Teresita Fernández’s Nocturnal (Horizon Line)? In this episode from the Smithsonian American Art Museum‘s Re:Frame video series, host Melissa Hendrickson learns more about the answer: Graphite. From Smithsonian.com:

“Graphite is a naturally-occurring mineral. It occurs all over planet Earth, and in space, and it’s formed just of the element carbon,” says Liz Cottrell, curator-in-charge of rocks and ores at the Smithsonian’s National Museum of Natural History in Washington, D.C.

“Humans, animals and plants are composed of carbon. We, humans, are carbon-dominated lifeforms, and when we die, our bodies and tissues decompose, and under heat and pressure in the Earth, organic carbon turns into graphite,” says Cottrell.

And as SAAM deputy chief curator Carmen Ramos explains, Fernández uses that graphite to evoke viewers’ memories of landscapes, as well as to honor graphite’s origins. 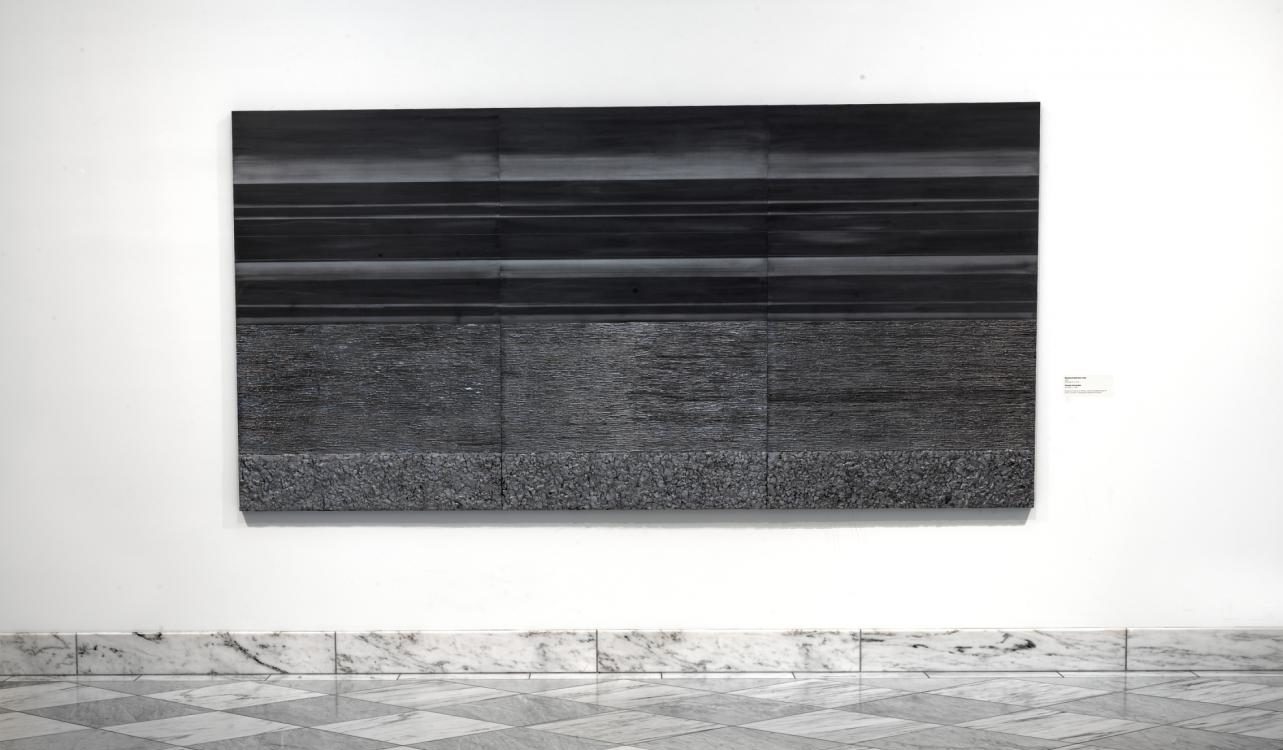 Nocturnal (Horizon Line) was inspired by the history of the valley of Borrowdale in Cumbria, England, where graphite was first mined. Fernández sought to create an image of nature forged from the earth itself. She studied graphite to learn how to manipulate a material closely associated with drawn representations of the landscape. Neither ecological concerns nor nationalist politics inform Fernández’s vision of the land. Rather, meaning derives from the interaction between the artist’s representation of nature and the spectator’s active engagement of her creation.

Next, watch A Sketchy History Of Pencil Lead, how pencils are made at the Derwent Pencil Factory, Relighting Seurat’s Parade de Cirque, A New Republic: The portrait work of artist Kehinde Wiley, and the meticulous work that goes into running the Museum of Modern Art.