What does it look like when you make elephant toothpaste reaction in a glass? Or in a tapered flask? How about a pool?

In this colorful chemistry video, science and engineering YouTuber Mark Rober and ‘Science Bob’ Pflugfelder set off a Guinness World Record-setting Elephant Toothpaste Reaction in a back yard pool.

We also get to see a handful of the 150+ tests and demonstrations they tried out before the big finale. Reminder: Do not try this experiment without appropriate safety gear and adult supervision. An explanation from Science Bob:

Hydrogen peroxide is basically water (H2O) with and extra oxygen (making it H2O2 ) But don’t be fooled into thinking it is close to water. Concentrated hydrogen peroxide can result in a strong chemical burn if it gets on your skin. 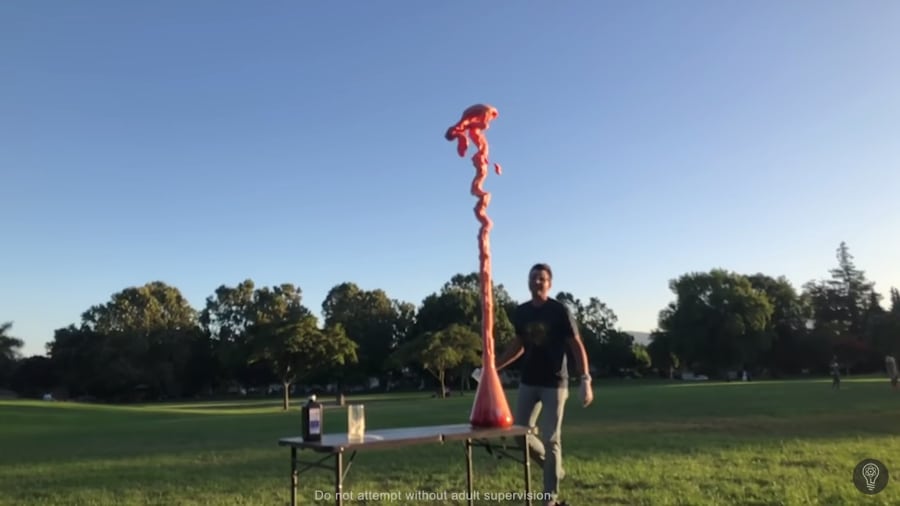 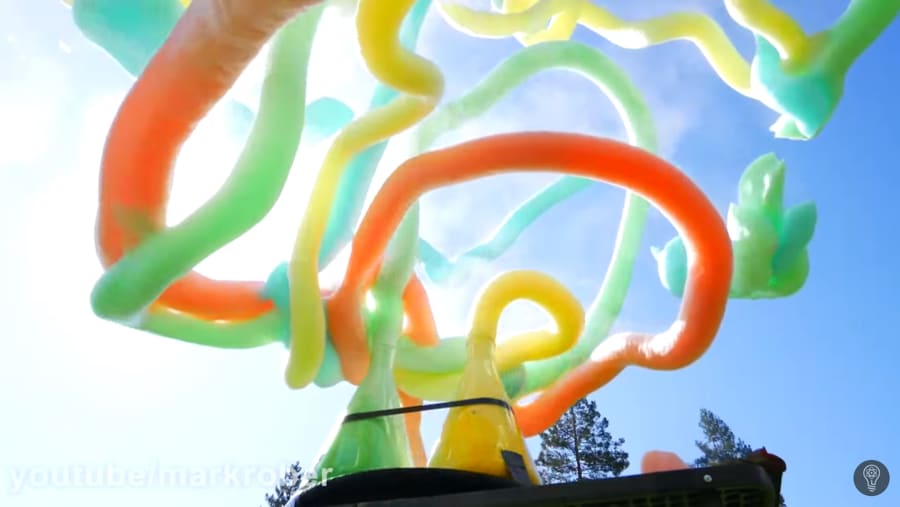 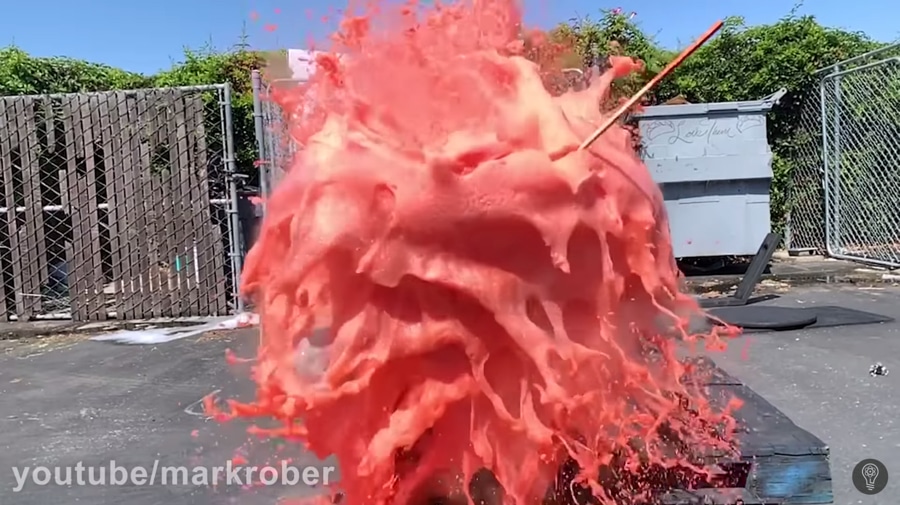 To create the elephants toothpaste reaction a second chemical is added (know as a catalyst) which basically tears-apart the hydrogen peroxide into water while releasing Oxygen gas inside the bubbles.

The reaction can be triggered in lots of ways. In all the videos other than the giant pool version, we use a solution of Potassium Iodide to break apart the molecules.

For the pool version, we wanted it to be safe to touch, so we started with a diluted hydrogen peroxide solution and used off-the-shelf dry yeast mixed with water as the catalyst. Yeast contains an enzyme called Catalase that does the job of breaking down the hydrogen peroxide. It also creates a kind of foam that tends to hang around a bit longer.

NEW VIDEO!! This sequence landed on r/gifsthatendtoosoon so here are 20 seconds of bonus footage that aren’t in the actual vid. pic.twitter.com/7Y51pwh15F

Plus: The powder that can turn sludge into clean drinking water.

Why does toothpaste change the taste of orange juice?

The powder that can turn sludge into clean drinking water

In the West Orange lab of Thomas Edison

How to turn milk into plastic