What are those colorful balls hanging on power lines? You might see them over a freeway, in the mountains, near airports, or across canyons, valleys, and rivers. These power line markers or visibility marker balls are there so that pilots in low-flying aircraft like helicopters and airplanes can spot and avoid collisions with those hard-to-see power lines.

In this sponsored T&D How video, a team installs different brightly colored power line markers on wires to demonstrate the variety of secure attachment equipment, from T&R Tech’s SpanGuard markers, to FastBall markers, to SpanLight self-illuminated markers that can be seen during both day and night. 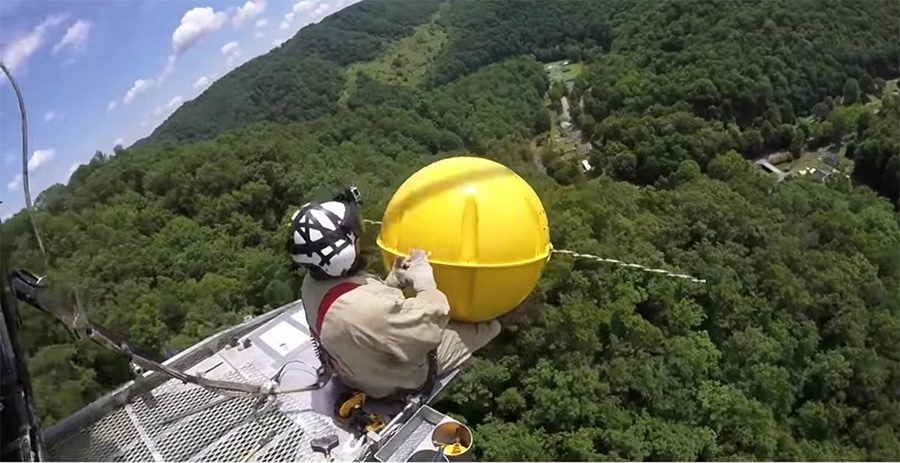 And as Tina Roth Eisenberg notes in her post, “I will never look at those Power Line Marker Balls the same way again.” Via MentalFloss:

“According to a 1983 article from United Press International, the marker balls first gained popularity in the early 1970s, when Arkansas’s then-governor Winthrop Rockefeller noticed electric wires whiz by as his aircraft started to land and decided something should be done to make them more obvious to pilots. The article also notes that the benefits go beyond aviation—the markers also help geese and boats steer clear of inconspicuous cables.” 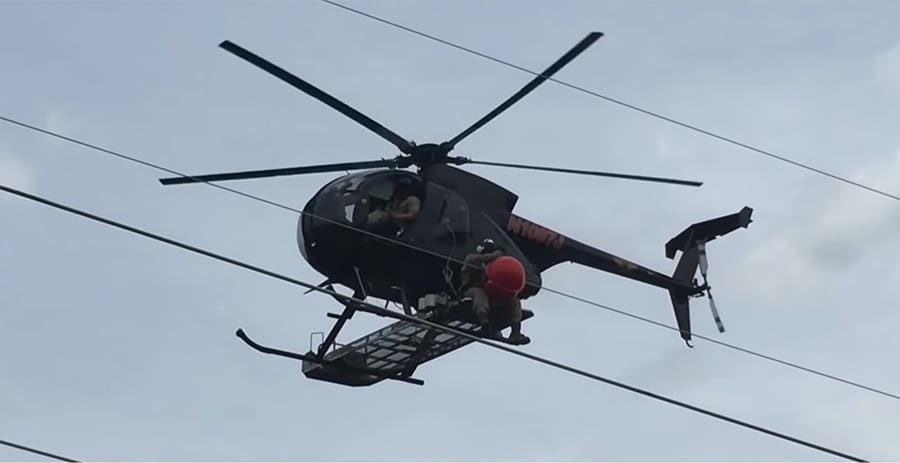 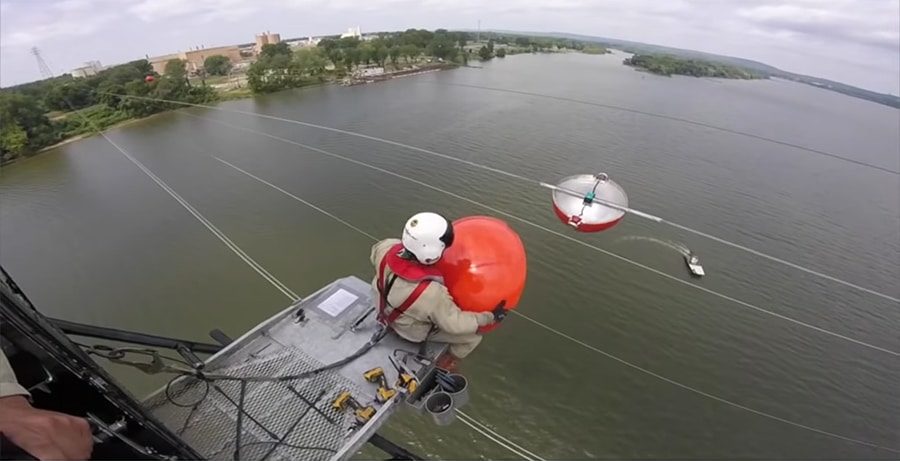 Watch this next: Changing a light bulb at the top of a 1500 foot TV tower.