Listen to the hermit thrush to learn its singular song. This 2011 video was filmed by Garth McElroy in Maine, but the hermit thrush can be found in North American boreal forests, deciduous woods, and mountain forests from southern Canada to northern Mexico.

“These conspicuous flute-like notes that they produce,” explains Lesley Earle of the Lesley the Bird Nerd YouTube channel, “start with a long whistle that then changes into a series of musical phrases of different pitches, always ending off with softer echo-like tones.” 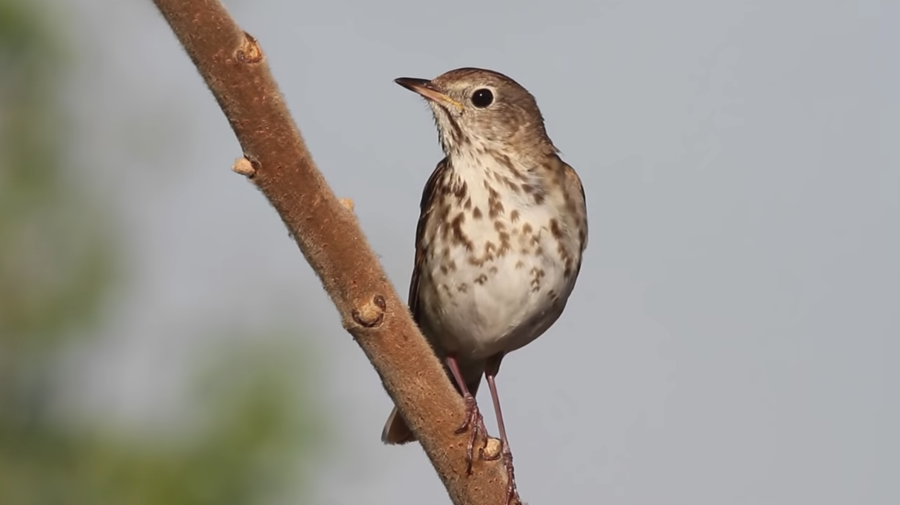 “It is described as sounding like ‘oh holy holy,’ ‘ah purity purity,’ ‘a sweetly sweetly.’ Between each phrase is a pause.

“In their songs is harmony which isn’t typically seen in birds. In the third phrase, it sounds as if it is singing two notes at once harmonically, those echo-like sounds I mentioned… this skill is thanks to the paired valve syrinx in the bird’s throat. Each side is independently controlled, allowing for two different notes, one from each half of its syrinx, to be produced at once. They can make rising and falling notes simultaneously, giving that lovely unbelievable song many people love to hear each spring.” 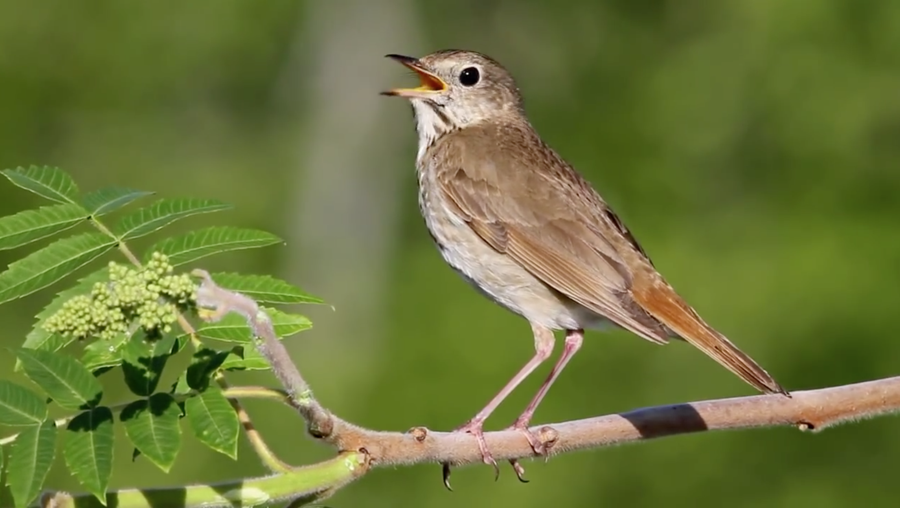 Watch more videos about birdsong, including:
• How do birds learn to sing?
• Bird Song Hero
• British Birdsong, an illustrated montage of sound
• A Short History of the Nightingale, animated
• Plantpot Parabolic, a DIY reflector for recording birdsong on a smartphone