Hornworm caterpillar vs beetle attacker, a study of defensive strikes

There are an estimated 1,450 hornworm species worldwide and around 125 species of hornworms in North America, including the common tobacco and tomato hornworms that can be found on nightshade plants.

These caterpillars transform into important pollinators in the family Sphingidae which includes the sphinx or hawk moths. But it can be challenging for them to survive their larval forms; birds, beetles, and humans are all predators.

In the Nature video above, Japanese researchers test the defensive skills of Asia’s Langia zenzeroides hornworm. Note: The interaction is likely more brutal than what one might expect from a soft green caterpillar. 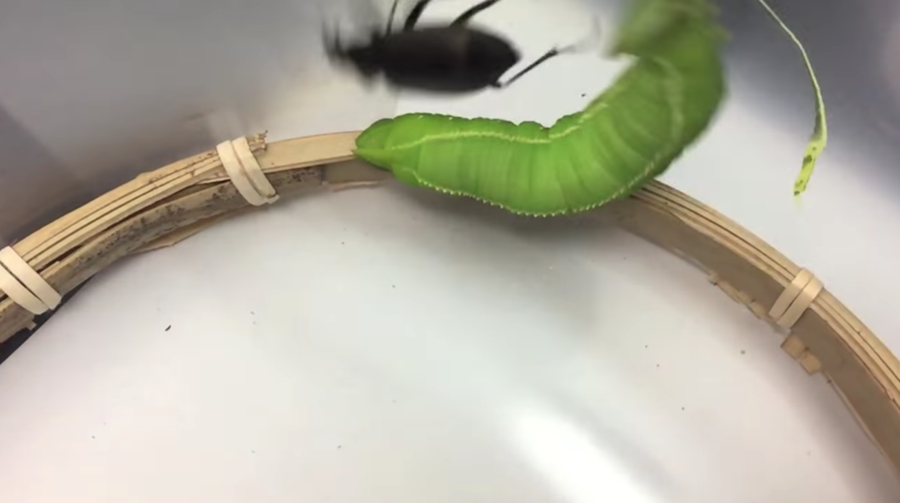 “Adult ground beetles of the genus Calosoma fit the bill perfectly as they eat a variety of caterpillar species in the wild and take down prey bigger than themselves. But when the beetle approached a hornworm caterpillar, it got attacked and shoved away. And when the beetle tried to bite, the caterpillar launched additional defenses: It squeaked, which is known to startle predators, and threw up on its attacker, possibly as a chemical defense. Most dramatically, two caterpillars grabbed the beetle in their jaws and flung it through the air. One of these even managed to bite off part of the beetle’s right hindleg. All of these strategies paid off: None of the 25 beetles tested was successful in killing a single caterpillar, the team found.” 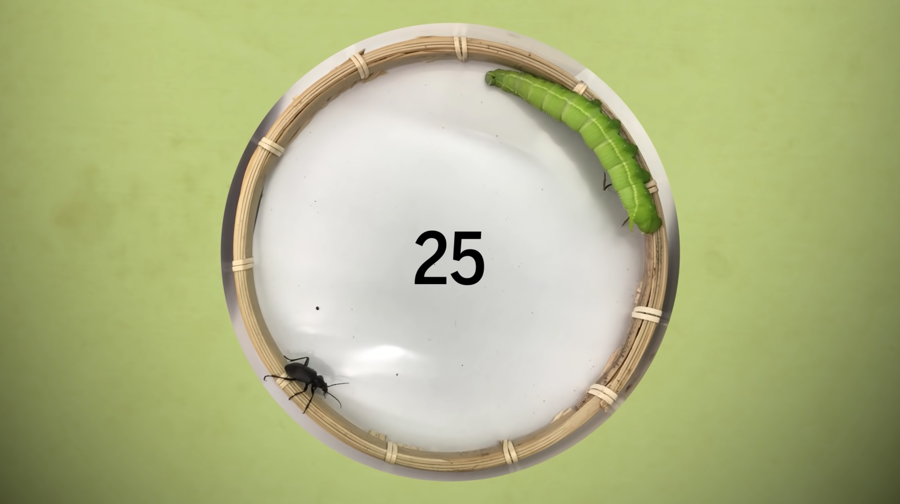 Watch this next: Dung Beetle Battle.