How are Ebru marbled art carpets made?

Some history from the New Goreme Tour travel agency:

Paper marbling (‘ebru’ in Turkish) is a method of water-based surface design, which can produce patterns similar to smooth marble or other stone. The patterns are the result of color floated on either plain water or a viscous solution known as size, and then carefully transferred to an absorbent surface, like paper or fabric. Throughout centuries, people have applied marbled materials to a variety of surfaces. It is often used as a writing surface for calligraphy, and especially book covers and endpapers in bookbinding and stationery. Part of its appeal is that each print is a unique monotype.

No one knows for certain when the art of ebru began, but there is some evidence that it was practised in Samarkand in the 13th century. As information was exchanged between cultures, the art of ebru spread east to west along the Silk Road trade routes. The roots of the word ebru are thought to come from either ‘abru’ (a watery surface) or ‘ebri’ (cloud-like). As the art spread through Anatolia, it eventually became ebru. Ottoman sultans and court officials used ebru as the background for state documents partly due to its beauty, but also as a way to detect falsified documents. 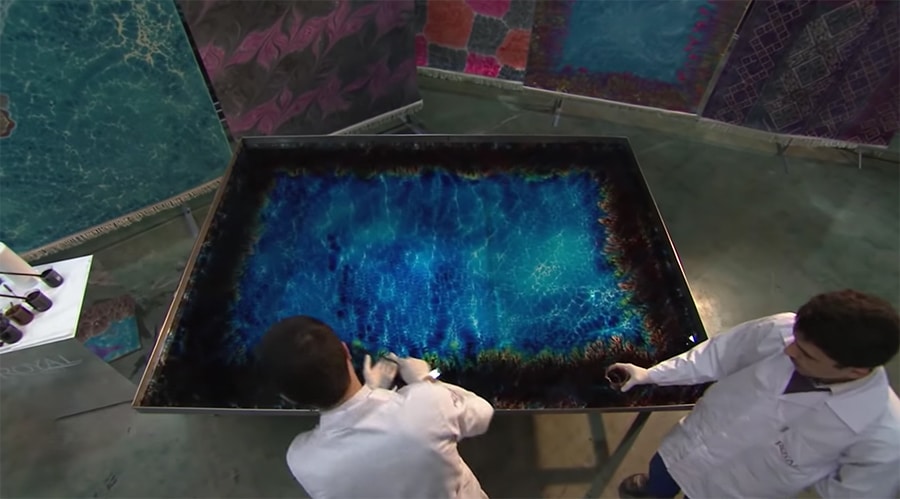 Watch more videos about paper marbling and textiles:
• The precision and serendipity of Ebru (paper marbling)
• The art of suminagashi or Japanese paper marbling
• Art of the Marbler (1970)
• Woven bark fiber mats made by Primitive Technology

The precision and serendipity of Ebru (paper marbling)

The Link Between Japanese Samurai and Real Indigo

The Embroidered Art of Meredith Woolnough