Can oysters stop a flood?

We need to restore oyster reefs along our coasts where they once thrived. As described by NOAA’s Sean Corson in the Vox video above, these filter-feeding creatures can help provide essential protection against some of climate change’s coming effects. Oyster reefs can reduce wave impacts, slow erosion, filter water, and improve the health of their local ecosystems. 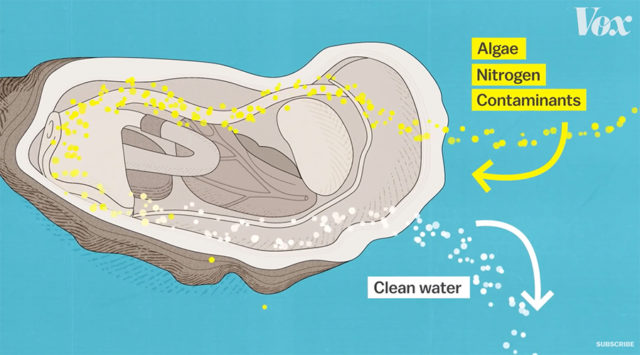 And though we can’t return the reefs to exactly how they were in the 1600s, as Vox producer Kim Mas summarizes, “restoring one species from the past can create a chain reaction to a more sustainable future.” From How Oysters Can Stop a Flood:

“In the last century, 85% of the world’s oyster reefs have vanished. And we’re only recently beginning to understand what that’s cost us: While they don’t look incredibly appealing from the shore, oysters are vital to bays and waterways around the world. A single oyster can filter up to 50 gallons of water every day. And over time, oysters form incredible reef structures that double as habitats for various species of fish, crabs, and other animals. In their absence, our coastlines have suffered.

“Now, several projects from New York to the Gulf of Mexico and Bangladesh are aiming to bring the oysters back. Because not only are oysters vital ecosystems; they can also protect us from the rising oceans by acting as breakwaters, deflecting waves before they hit the shore. It won’t stop the seas from rising – but embracing living shorelines could help protect us from what’s to come.” 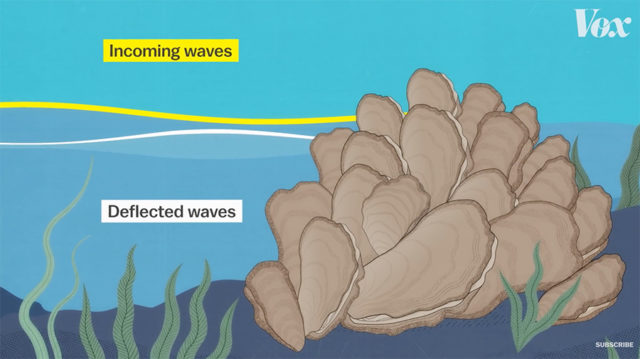 Watch this next: How can nature be used as a tool to restore ecosystems?

The power of seaweed: How can kelp help capture carbon?