How did Cedric Morris become an artist?

A British art teacher, a painter of flowers and landscapes, and an environmentalist committed to the welfare of animals, Sir Cedric Lockwood Morris tried lots of different jobs before he figured out how to combine his love for flowers and painting.

In this Tate Kids video, directed by Anna Benner, we learn about Morris’ childhood in nature, his pets, his school, his artwork, his life in England and abroad with partner Arthur Lett-Haines, as well as his botanical inventions. From ArtUK.org:

“Morris would grow his colourful subject matter in the garden at Pound Farm where he also had a studio, and one of his ex-students, Joan Warburton (1920–1996), later reminisced how ‘to go in there quietly when Cedric was painting the favourite of all his flowers, Irises, was a revelation.’ 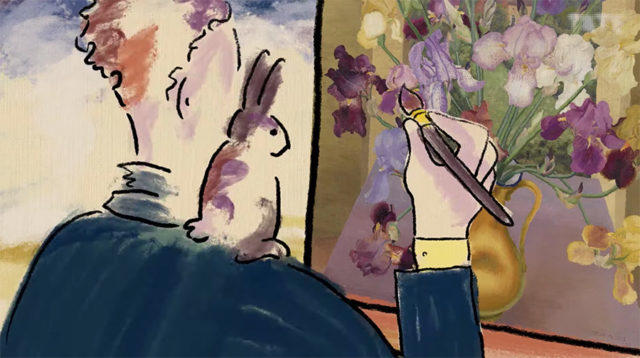 “It was Morris’s incredibly close contact with his subject and deep understanding of their design that enabled him to paint flowers as if they were people – with a mood and personality.” 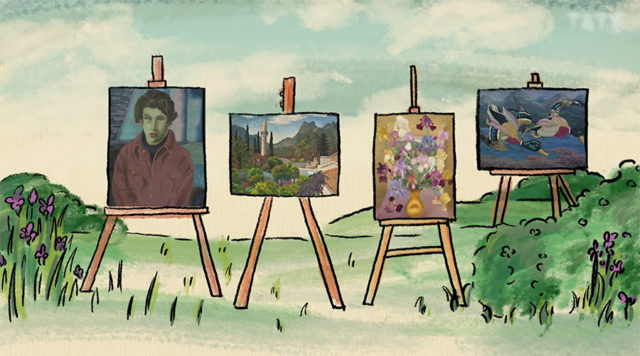 At the East Anglian School of Painting and Drawing, established by Morris and Lett-Haines, Morris “filled the school with pets…”

“…including two ducks, a cockatoo, a peacock named Ptolemy, Menace the cat, Rubeo the parrot, and a rabbit who liked to sit on his shoulder while he painted. In later years, Cedric devoted himself to his gardens often traveling abroad to search for exotic flowers which he would then bring home and look after.

“Today, he is remembered for his flowers as well as his paintings of them. Sometimes he named flowers after his pets, and if you visit a garden center today, you might find an iris called Benton Rubeo or a Benton Menace or even a geranium or a rose named after Cedric Morris himself.

“Is there anything you love so much that you’d like to have one named after you?” 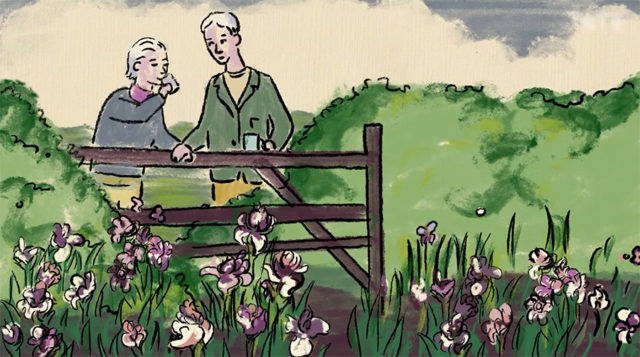 Plus: Story of Flowers, a breathtaking botanical animation.