How do crab spiders catch their prey?

Filmmaker Francis Chee filmed the creatures to share how pink, yellow and white crab spiders not only blend into their flowers from a human’s point of view, but they can also catch prey when they aren’t so camouflaged. Crab spiders can draw pollinators to them using reflections of ultraviolet light. From the filmmaker:

“These crab spiders reflect UV light strongly against a UV-absorbing flower. It has been found that this is not simply by chance but a strategy used by these minute spiders to attract prey.” 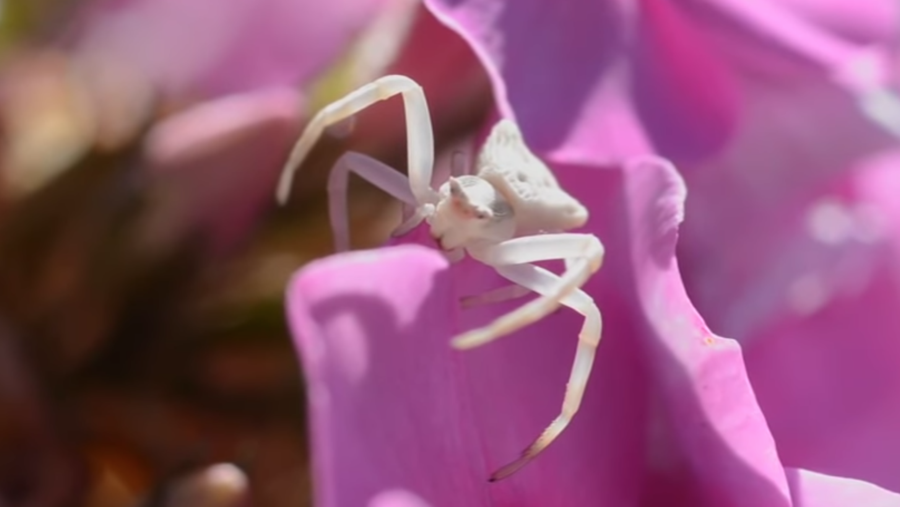 “Through human eyes, we can not see this remarkable camouflage strategy as the white crab spiders appear to stand out in marked contrast to the brightly colored flowers on which they hunt. In some cases, prey will fly directly towards the open arms of the spider spelling their doom. This amazing camouflage is almost akin to a ‘cloaking device’ as far as their insect prey’s vision is concerned.”

“This is not such a strange idea,” explains ABC Science journalist Anna Salleh in 2005, “because flowers often use patches of UV as ‘nectar guides’ to attract pollinators like bees and birds.” 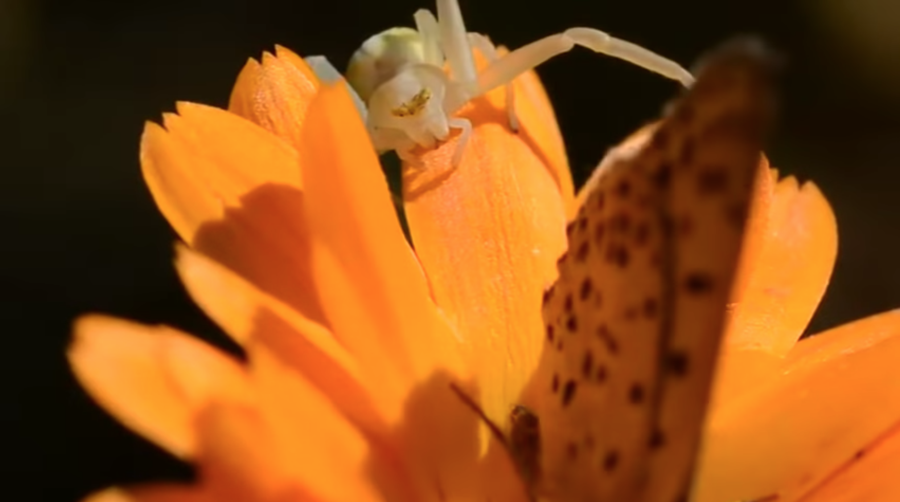 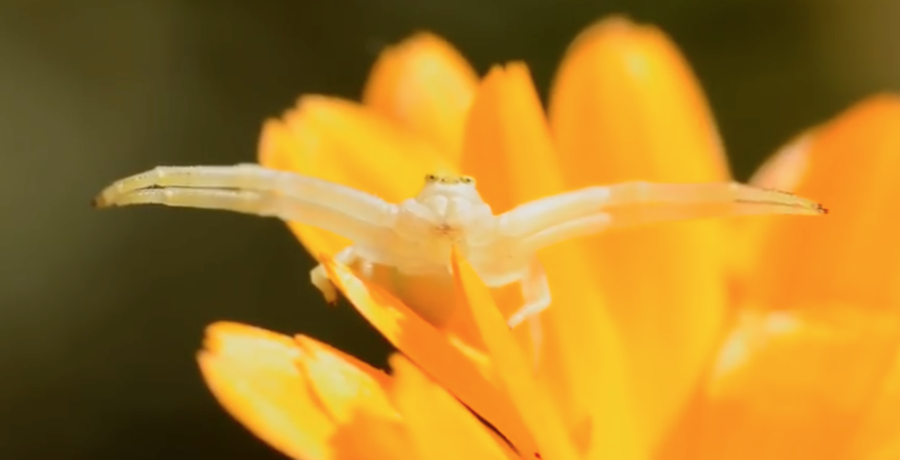 Related photo: The gleam of a Grim Reaper.

Previously from Chee: Cell division in a frog egg, a microscopic time-lapse video.

Watch these related videos next:
• What semi-secret spider trick can help us save birds?
• Scorpions of the Bay Area
• The six-spotted fishing spider hunts and eats fish

The World in UV