A Tesla coil is a device that can transmit electricity wirelessly. It actually creates a huge electrical field that you can even use to power certain electric devices. 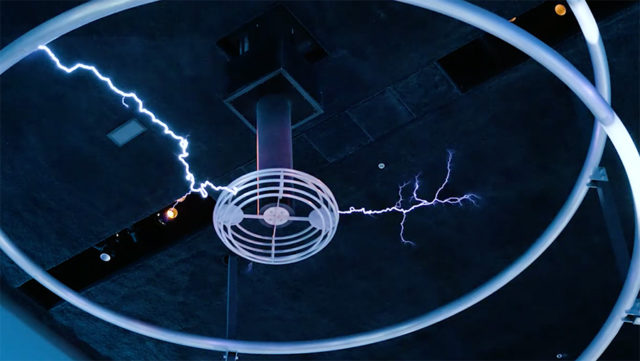 MSI Chicago facilitator Austin Green demonstrates the power of a Tesla coil, its toroid and grounding rings, 1.5-million-volts of electrical discharge, a light bulb, and something called a pickle. Watch Science Storms—How It Works: Tesla Coil. 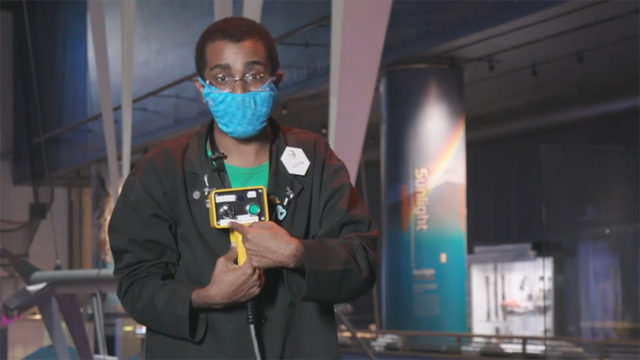 How do batteries work?