How do you find water bears (tardigrades) in the wild?

Tardigrades (also called water bears or moss piglets) refer to over 1,150 species of microscopic aquatic animals that can be found in moss, ferns, lichens, soil, beaches, dunes, and other damp habitats all over the planet… and you can find one in this excellent science experiment / outdoor expedition.

In this video, Mike Wilson shows us how he found water bears near the New York Hall of Science in Corona, Queens in New York. To start, you’ll need an envelope, a small knife, and a 10-60X microscope. Next: Go outside and collect some moss.

So here’s the thing about tardigrades: They’re tough. Really tough:

Scientists have reported tardigrades in hot springs, on top of the Himalayas, under layers of solid ice, and in ocean sediments. Many species can be found in milder environments such as lakes, ponds, and meadows, while others can be found in stone walls and roofs. Tardigrades are most common in moist environments, but can stay active wherever they can retain at least some moisture.

Tardigrades are one of the few groups of species that are capable of reversibly suspending their metabolism and going into a state of cryptobiosis. Several species regularly survive in a dehydrated state for nearly 10 years…

We’re talking extremes in temperature, pressure, dehydration, radiation, toxins… even outer space. Knowing that, how cool is it that you can find and study one of these seemingly-indestructible invertebrates up close?! 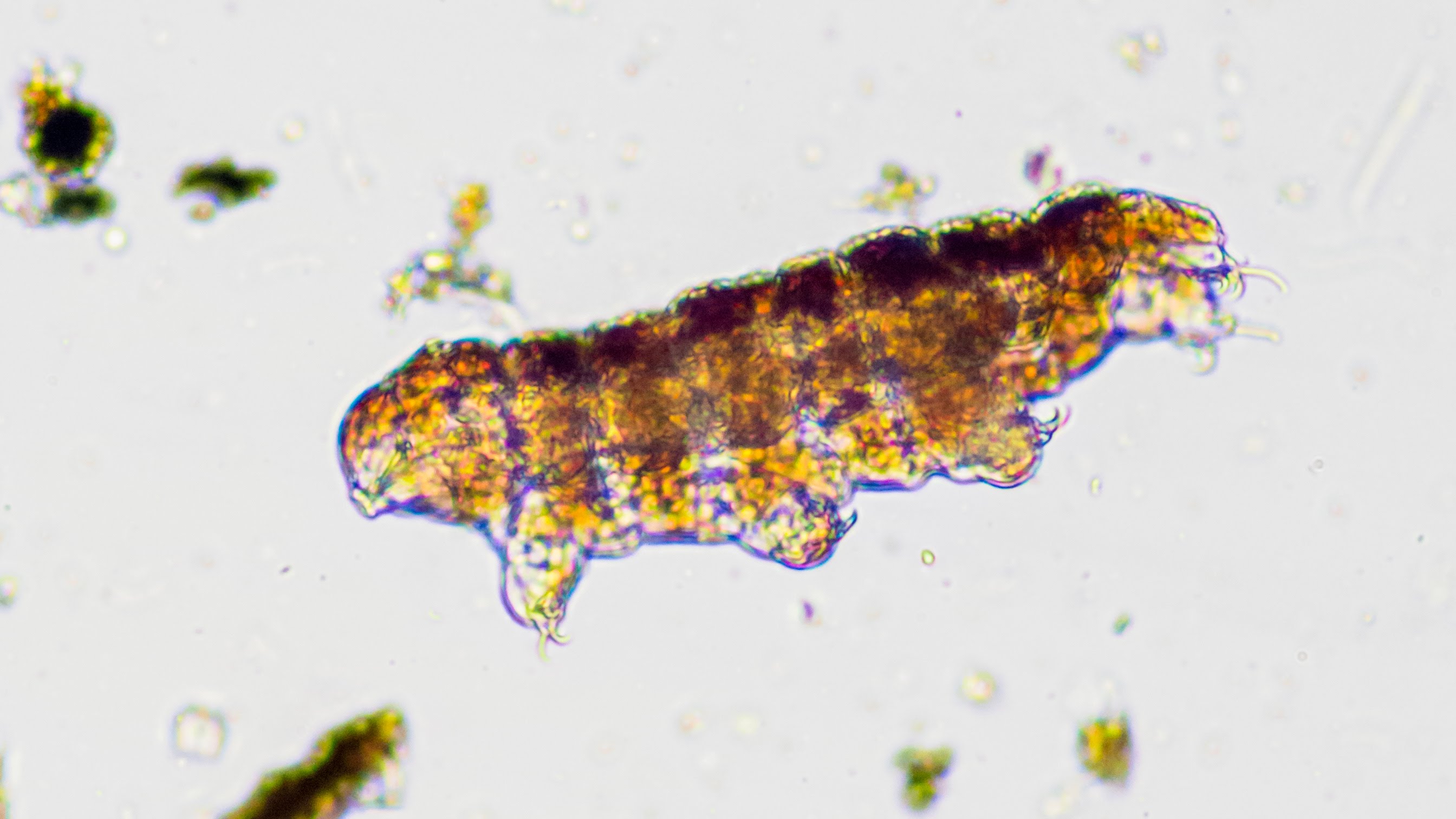 Plus, a 2017 discovery: How One Of The World’s Toughest Creatures Can Bring Itself Back To Life:

IDPs [intrinsically disordered proteins] are the oddballs of the protein world. Most proteins have a stable 3-D structure that’s important for their function, but intrinsically disordered proteins have no set shape. That means they’re flexible and can wiggle and move to bind things in the cell. Boothby says IDPs are like “wiggly spaghetti springs where they are constantly changing shape.”

Essentially, when the water bears get stressed, they start cranking out IDPs that fill up the cells and form the protective matrix… Water bears that lacked functional IDPs couldn’t survive extremely dry conditions.

Watch these next: How to make a DIY LEGO microscope and The Animal That Wouldn’t Die.

You Have Mites Living On Your Face – Gross Science

Why Can’t We Walk Straight?

What Lives In Moss?