How NASA’s Parker Solar Probe Will Touch the Sun

The Parker Solar Probe is designed to expand our understanding of the sun, measuring electrical and magnetic fields, cataloging the ingredients of the solar wind and photographing the corona — the outer atmosphere that is millions of degrees hotter than the sun’s surface. Instruments on the spacecraft will be able to detect details that cannot be seen from farther away, and hopefully fill in many of the blanks in human understanding of our star.

To do this the probe will venture as close as 3.8 million miles from the sun—”about one-tenth the distance between the sun and Mercury“—and, at one point during the mission, it will be traveling “roughly 430,000 miles per hour, setting the record for the fastest-moving object made by humanity.” 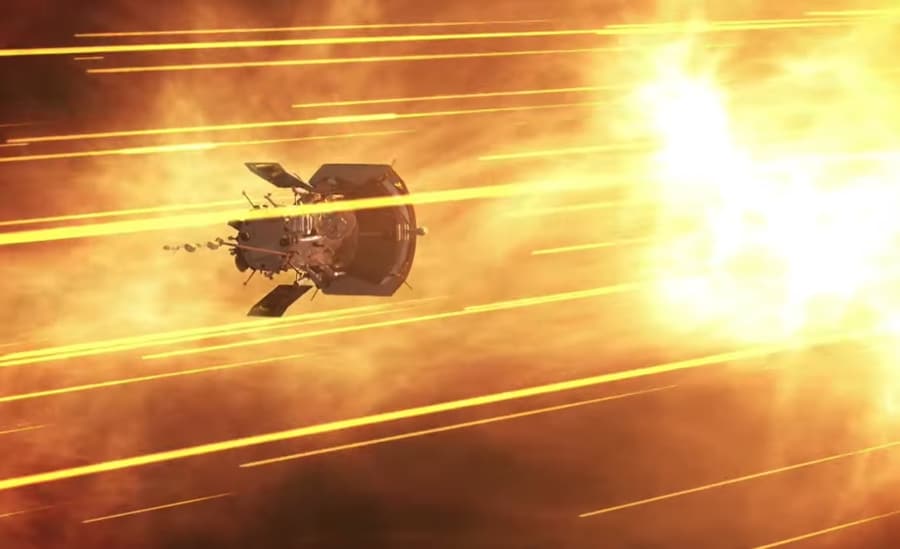 It’s also safeguarded by a revolutionary heat shield that will endure 2,500 degree Fahrenheit temperatures in order to keep the probe’s instruments at a comfortable 85F. Read more about the Parker Solar Probe mission at The New York Times and at NASA.gov.

Next, watch Space Weather: Storms from the Sun, The sun, our closest star, in a stunning 4K time lapse animation, Jewel Box Sun: Invisible wavelengths of light translated into colors, and Understanding the Magnetic Sun.

Plus: How Do We Know How Old the Sun Is?

Stunning Views of Earth From the International Space Station