Ammonites are a group of extinct shelled cephalopods, related to today’s squids and octopuses. Fossilised ammonite shells can be found all around the world, including on parts of Britain’s coastline. But if you can’t get out to the beach to find ammonites at the moment, why not start a collection of salt dough specimens at home instead?

Learn a quick and easy way to create your own fossils with this fun salt dough activity from the team at London’s Natural History Museum. 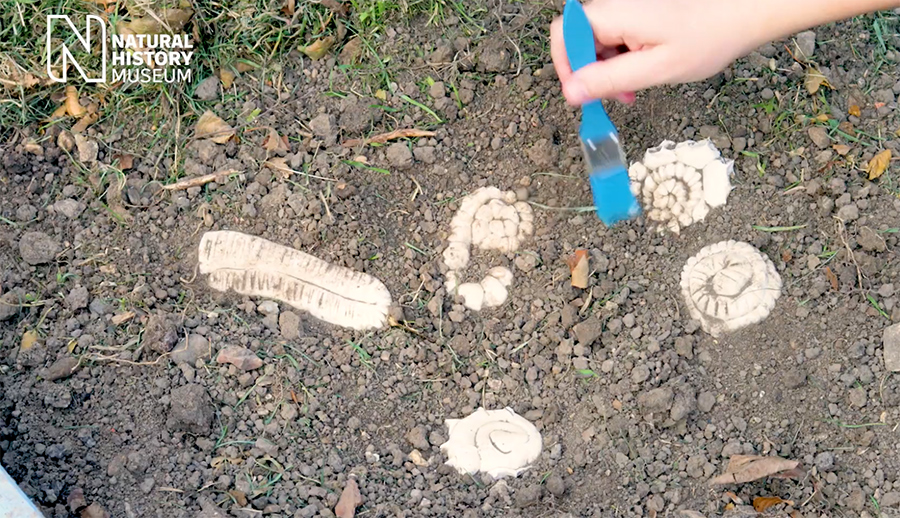 First, study the morphological features of the different fossils of ammonites, creatures that lived on Earth from 450 million years ago to around the end of the Cretaceous Period, 66 million years ago. Then start mixing your salt dough: Equal parts salt and water with two times the flour. 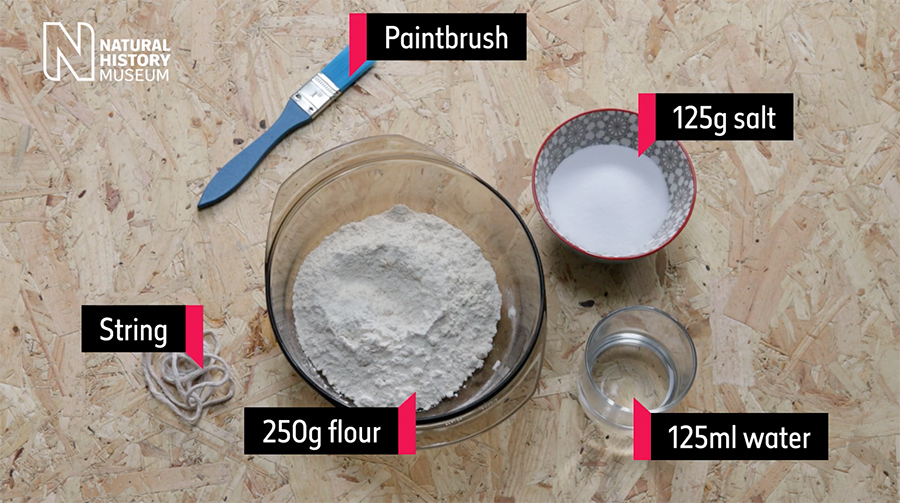 NHM shares a cool tip: Use a string to create indents in a long thin section of dough before wrapping it into a spiral. The effect is pretty realistic. Bake slowly at 120°C / 250°F for three hours. 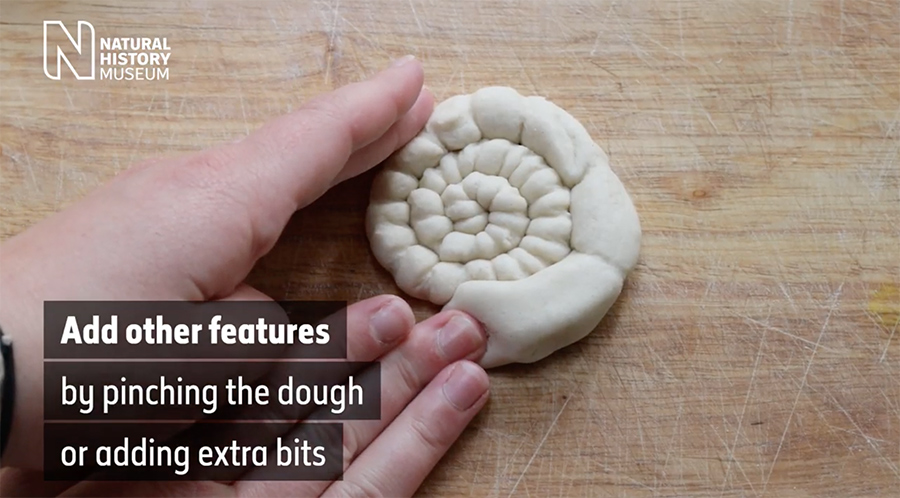 Before we understood what they were, one of the explanations for ammonites was that they were coiled-up snakes that had been turned to stone, earning them the nickname ‘snakestones’. But ammonites weren’t reptiles: they were ocean-dwelling molluscs, specifically cephalopods…

Ammonites’ growing shells typically formed into a flat spiral, known as a planispiral, although a variety of shapes did evolve over time. Shells could be a loose spiral or tightly curled with whorls touching. They could be flat or helical. Some species would begin growing their shell in a tight spiral but straighten it out through later growth phases. There were also some more unusual shapes – the species Nipponites mirabilis, which is found in Japan, is exceptionally rare and looks a bit like a knot.

The DIY tutorial is one of many activities demonstrated on the museum’s YouTube channel.

Watch this video next: The Amazing Shapes of Ammonites.