How to weave pine needle baskets

With pine needles found in the forest, some thick waxed thread, needles, pliers, a paper straw, and lots of patience and practice, Marina Piro from the YouTube channel Wild She Goes weaves two pine needle baskets with two different lid styles. She demonstrates each step, from finding and preparing the needles, to wrapping and stitching each coil, to finishing each piece with polish.

Basket weaving from found materials has been practiced by Native American tribes for thousands of years, some dating back 8,000 years. From NativeLanguages.org: 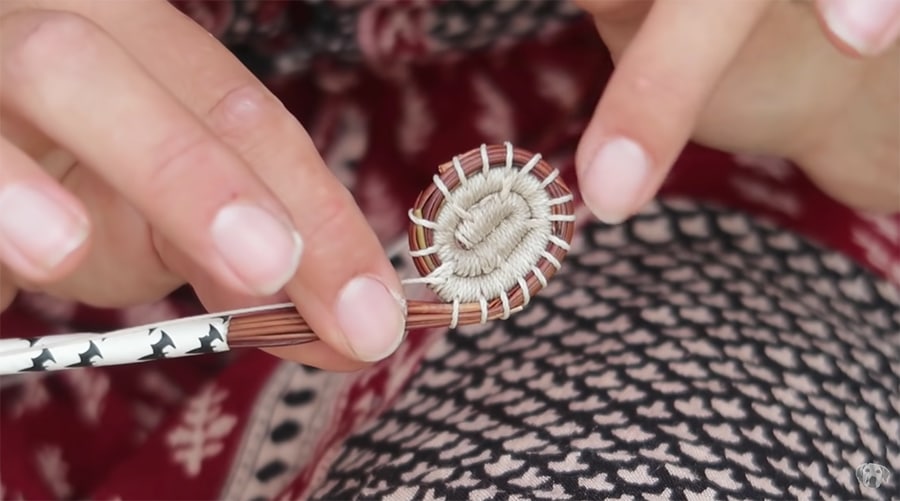 Southwestern Indians make baskets from tightly coiled sumac or willow wood, and Northwest Coast Indians typically weave with cedar bark, swamp grass, and spruce root. Northern Indian tribes like the Ojibwe and Dene craft birchbark baskets, and the Inuit even make whale baleen baskets (though this is a more recent tradition than the American Indian ones).

As native people were displaced from their traditional lands and lifestyles, their traditional tribal basketweaving styles started to change somewhat as they adapted to new materials and absorbed the customs of new neighbors, and in places like Oklahoma where many tribes were interred together, fusion styles of basketweaving arose. However, unlike some traditional native crafts, the original diversity of Native American basket styles is still very much evident today. 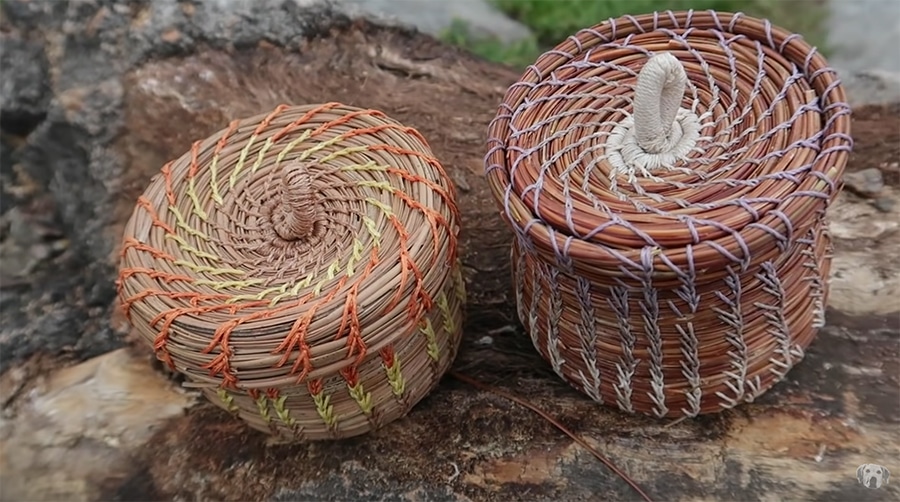 Watch this next: My Father’s Tools and the Indigenous art of basket weaving. Plus more weaving and tutorials:

• Weaverbirds design and build intricate nests
• Weaving a charpai bed
• The Big Cloth (An Clò-Mòr): Weaving Harris Tweed
• How to make rope from grass
• How to weave yarn on a mini cardboard loom