Grab a flat piece of cardboard, and a ruler, a pencil, scissors, some yarn, tape, and a needle—MetKids recommends a large plastic embroidery needle—and watch this MetKids video to learn how to weave yarn on a mini cardboard loom. It shares each step clearly with some sweet stop-motion.

Make your own loom by cutting small slits every half-inch along the short ends of a rectangular piece of cardboard. Tape the end of a ball of yarn to the back of the cardboard, then thread the yarn through the first slit at the top (to the front) and then down through the first slit at the bottom (to the back). Bring the yarn up around the back of the cardboard again and continue wrapping the yarn through the top and bottom slits all the way across. Then weave different colored yarn over and under in the opposite direction.

Closed captioning for the video is available in ten additional languages. There are additional instructions here. 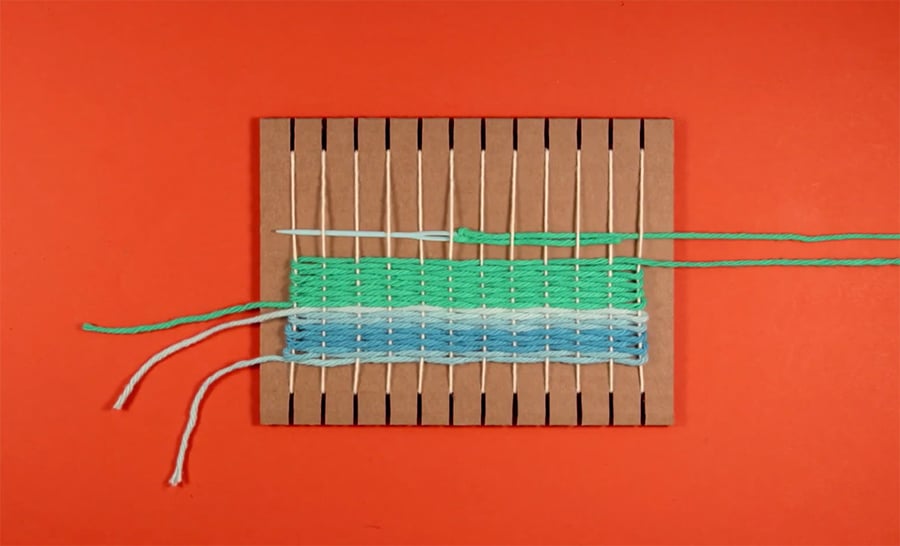 The video was inspired by The ‘Simonetti’ Carpet and Diana and Actaeon from a set of Ovid’s Metamorphoses, a wool and silk tapestry woven in the late 17th to early 18th century.

This tapestry took many weavers many months to create. Three or four weavers worked on this tapestry at one time, creating it by hand using a large loom. Tapestries often came in sets to be displayed together in the same room. This one is from a series of seven or more tapestries, each showing a mythological story about characters who were transformed into something else, just like Actaeon changing into a stag. 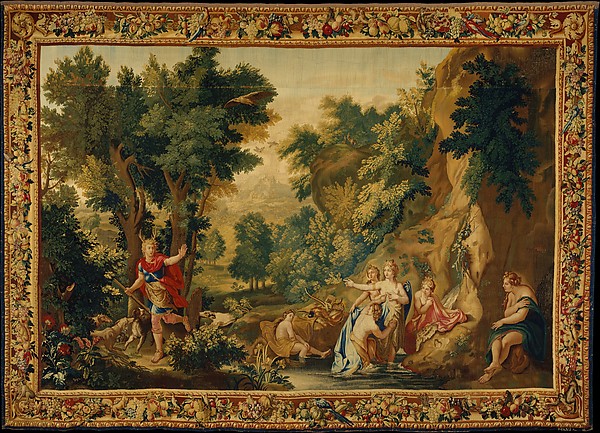 Watch more videos with yarn or cardboard, and more from MetKids and The Met on TKSST, including:
• How to Make a Navigational Chart
• How to Make a Tesserae Mosaic
• How The Met reassembled the Appleton Pipe Organ
• Installing massive statues with engineering and care
• Relighting Parade de cirque by Georges Seurat
• Extravagant furniture with secret panels, doors, drawers

Why aren’t we only using solar power?

The Cyclo Knitter, a bicycling machine that knits scarves in 5 minutes