How to Write in Elian Script, a video tutorial

Elian script is a Latin alphabetical writing system that mixes structure with creative flare, a calligraphic cipher that begins with three rigid grids and is fulfilled when the writer adds fluidity to each set of letters. The script’s creator, C.C. Elian, calls that expressive liquid quality “line jazz.”

Conceptual artist Claudine C. C. Elian started playing with grid codes in the early 1980s, adding more calligraphic flourishes over the years. By the early 90s, influenced by italicized letterforms along with the lines and dots used by Asian logograms, Elian began mixing stacked letters into her linear arrangements. 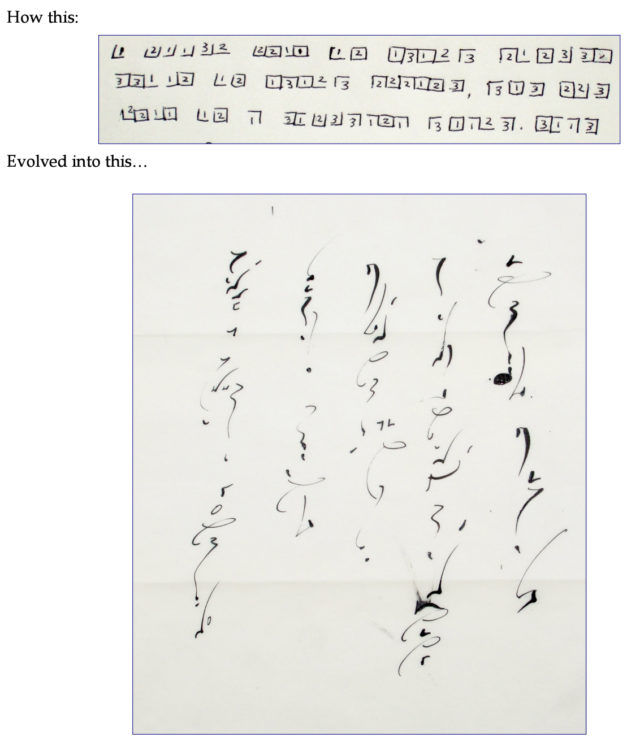 “Elian script’s structural principles allow for many different compositions of the same word,” she explains in this comprehensive pdf. “The variables at play are based upon differences in line ratios and number of baselines, which can go up to as many as there are letters to a given word.”

“What makes this script’s variables all the more interesting is that they are not executed outside of the system’s usual structural state, but inherent to it. The minimal constraints on the writer’s motion through the field of the writing space, the lack of a standard line ratios beyond the basics of ‘shorter than,’ or ‘longer than,’ the simple directive that it must be clear to which lines a dot belongs, these added to the choice of how many baselines to create—one baseline option per letter in a given word— means that there is extraordinary freedom with Elian script for a writer to move across the page, and therefore within themselves.”

The 2012 Elian Script tutorial video above, recorded by Peter Draws, demonstrates some of the cipher’s basics. 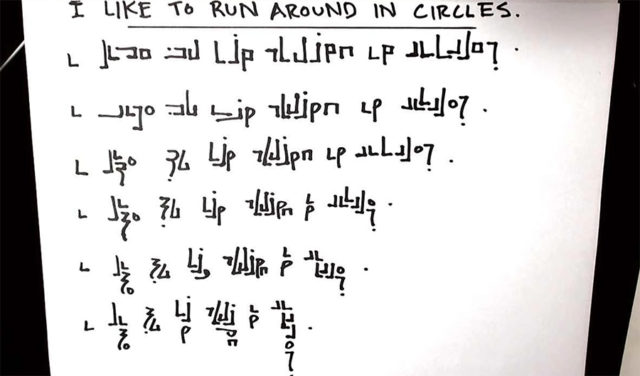 Visit ccelian.com to see the script used in Elian’s artworks. Plus, learn more with her pdf titled Elian Script – Variations and Evolution, a helpful resource for more creative play when practicing.