New technologies are giving humans new opportunities to witness animal behaviors in the wild. Example: This rare footage of humpback whales creating ‘bubble nets’ to snare their prey. See their feeding strategy by drone from high above and from POV footage, a ‘whale’s-eye view’ recorded by cameras that were attached to them with suction cups. From the Monterey Bay Aquarium:

Humpbacks work as a team when hunting for schooling fish. Once underwater, several humpbacks encircle the fish with a “bubble net”—making the fish believe they are trapped in a net of bubbles. Others position themselves beneath the school of fish and then rise, forcing the fish toward the surface. All the humpbacks involved in this effort then lunge up through the concentrated school of fish, feasting on thousands of prey in a single gulp with their cavernous mouths. 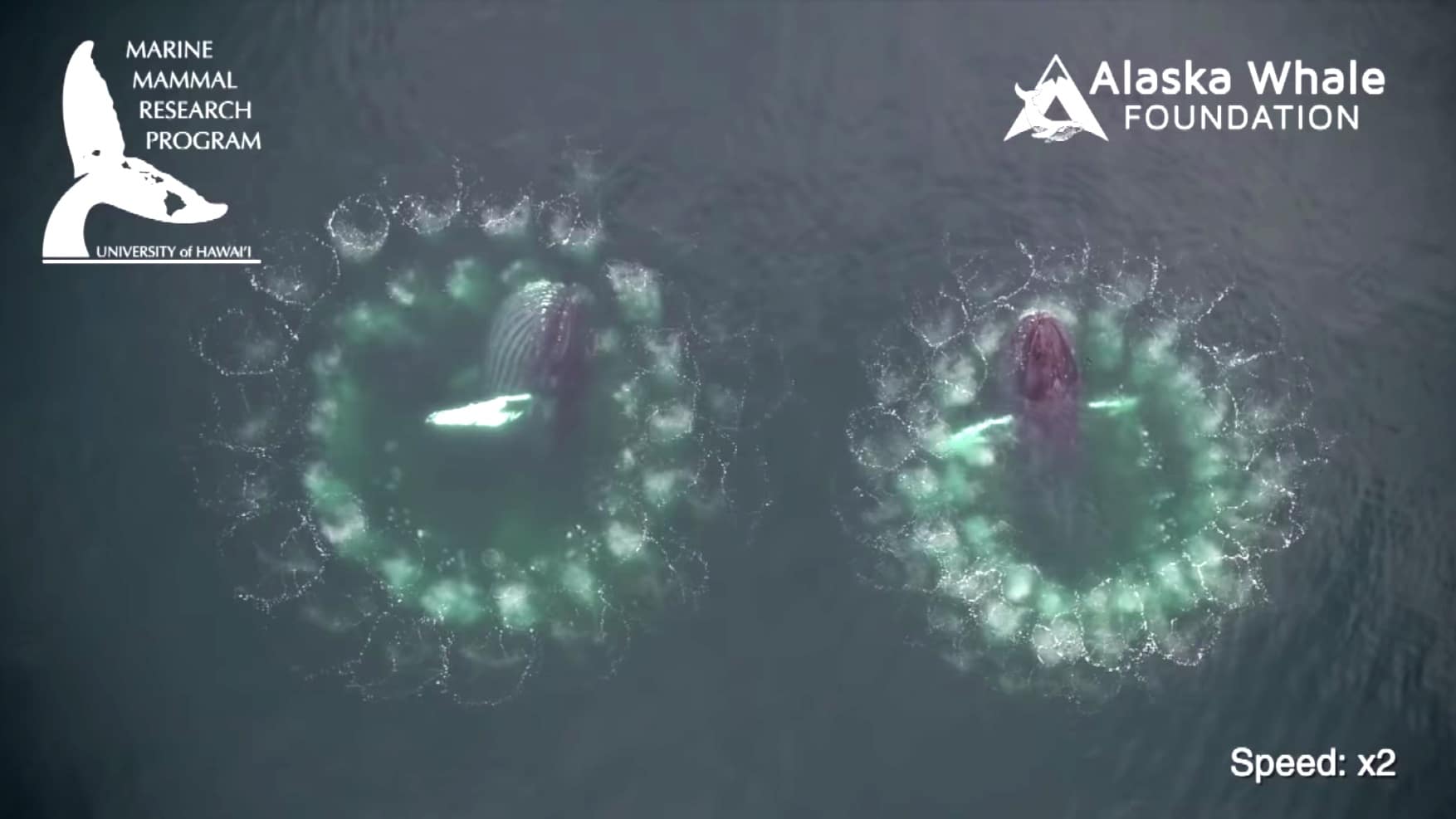 The team also attached sensors to the whales to capture additional data. Their primary goals include investigating the humpbacks’ population decline in the region. From Hawaii.edu:

“The footage is rather groundbreaking,” said Lars Bejder, director of the UH Mānoa Marine Mammal Research Program (MMRP). “We’re observing how these animals are manipulating their prey and preparing the prey for capture. It is allowing us to gain new insights that we really haven’t been able to do before.”

This footage from whale biologist Madison Kosma of the University of Alaska Fairbanks, via Science News, shares visual details of how some humpback pods use their tails and flippers to herd the fish.

Learn more about humpback whales with this video gem: Mapping whale songs in the South Pacific.

Plus: Norwegian orcas eat herring by cooperatively carousel feeding and a blue whale lunges for krill.