Hunga Tonga-Hunga Ha’apai, The Birth of a New Island

“In late December 2014 into early 2015, a submarine volcano in the South Pacific Kingdom of Tonga erupted, sending a violent stream of steam, ash and rock into the air. When the ash finally settled in January 2015, a newborn island with a 400-foot summit nestled between two older islands – visible to satellites in space.”

2022 Update: The newly formed Tongan island, called Hunga Tonga-Hunga Ha’apai after its neighbors, was projected by NASA to have a 6- to 30-year lifespan. On January 15, 2022, the uninhabited volcanic island violently erupted, causing “tsunamis in Tonga, Fiji, American Samoa, Vanuatu, and along the rim of the Pacific Ocean, including damaging tsunamis in New Zealand, Japan, the United States, the Russian Far East, Chile, and Peru.” A majority of the island is now underwater.

From the NASA Goddard video above: Learn about the birth of this volcanic island and how it’s related to Mars… specifically potential insights into how land, bodies of water, and/or life on Mars might have developed. Former NASA Goddard Chief Scientist Dr. James Garvin explains. 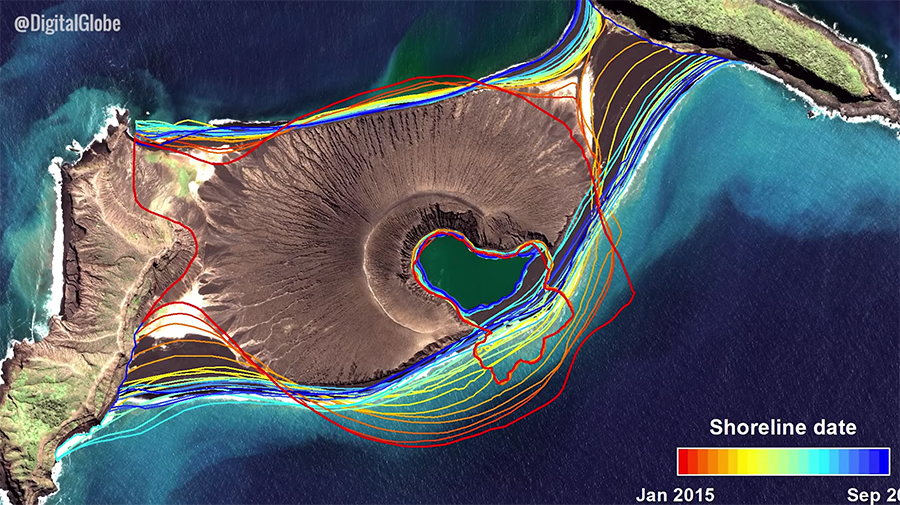 A summary from the video narration:

“The combined observations, satellite images, samples, and three-dimensional topographical maps led Jim and the team to make some pretty stunning preliminary conclusions. Scientists think that in this case, warm seawater interacted with ash after the eruption, chemically altering the fragile rock into a tougher material. But studying the life and death of land on Earth also has much broader implications. This island may give us insights into if and how life formed on Mars in its early history.” 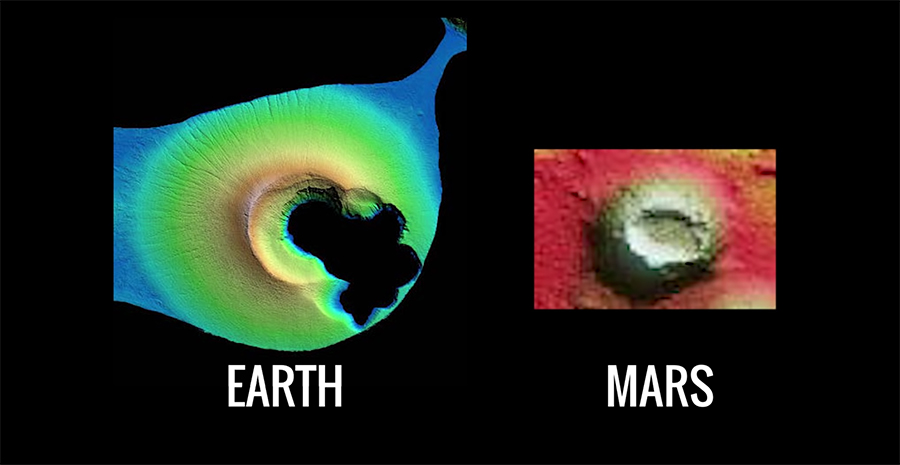 TEACHING RESOURCES
• Geology of the Deep, a NatGeo article for grades 5-10.
• Why the volcanic eruption in Tonga was so violent, and what to expect next from The Conversation.
Watch these videos next:
• What is a Volcano?
• Building a Volcano-bot
• Hawaii – The Pace of Formation
• Drones help scientists study Guatemalan volcanoes
• In Search of Water on Mars
• What did Mars look like 4 billion years ago?