Hydnora africana, the strangest plant in the world?

With no leaves and no chlorophyll, Southern Africa’s Hydnora africana is a underground-dwelling parasitic plant in that gets all of its sugars, minerals, and water by attaching to the roots of Euphorbia plants. It also has an unusual looking and smelling flower that pushes its way above ground to be pollinated. 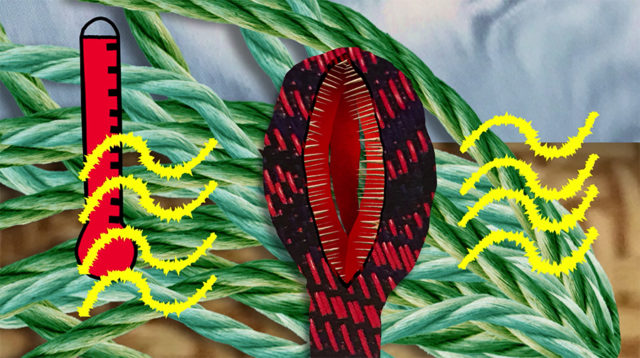 What does it smell like? And is it The Strangest Plant In The World? Decide for yourself as Anna Rothschild introduces Hydnora africana in this Gross Science video.

Plus, more from the Botanical Society of America:

The flower of Hydnora, when it first opens, has white threadlike structures… The openings between these threads are barely large enough for a beetle to enter… Although a beetle may enter a flower, it evidently has difficulty in finding its way out of the flower. This keeps it inside a flower long enough so that the beetle can pick up pollen or deposit pollen on its surface onto the stigmas at the bottom of the floral tube.

The threads that cross the gaps between the “sepals” of the Hydnora flower when the flower opens are pulled apart after a few days. Any beetles that entered the flower through those threads can now easily escape…

Flowers pollinated by beetles usually have some tissue that offers beetles as food. In Hydnora, that’s the whitish tissue on the inside of the “sepals.” But beetles don’t confine their feeding to such special “bribe” tissues. Beetles eat pollen and then eat the cells of the stigma. Beetle-pollinated flowers usually have an abundance of pollen and an abundance of stigma areas, and Hydnora flowers are no exception. By producing excess pollen and stigma cells, beetle-pollinated flowers succeed in achieving pollination and producing seeds despite the feeding habits of the beetles. 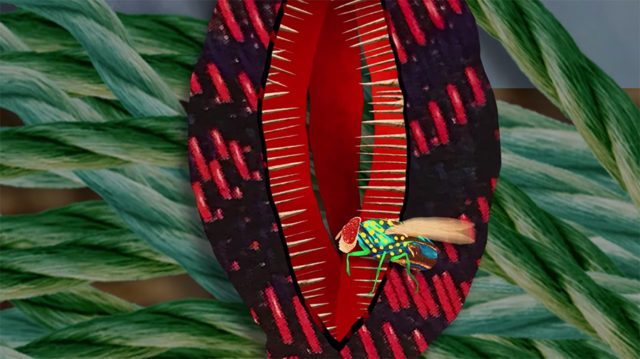 Next, watch more Gross Science and a few related videos:
• This giant plant looks like raw meat and smells like dead rat
• The Corpse Flower: Behind the Stink of the Titan Arum
• Rafflesia kerrii, the world’s largest, smelliest flower?!
• The Dodder Vine Sniffs Out Its Prey
• The Crazy Cribs of Parasitic Wasps

You Have Mites Living On Your Face – Gross Science

Why would humans want to imitate a slippery, fly-digesting plant?

What’s inside the stomach of a carnivorous Pitcher Plant?

What makes that fresh rain smell? MIT films rain drops to find out