A Boy And His Atom: The World’s Smallest Movie

Magnifying carbon monoxide (CO) atoms to over 100 million times their actual size, arranging them into a series of 242 still images, and then animating them together, scientists at IBM Research have made the smallest movie ever. Wait, how small is that again?

“If an atom was the size of an orange, then the orange would be the size of the whole planet Earth.” 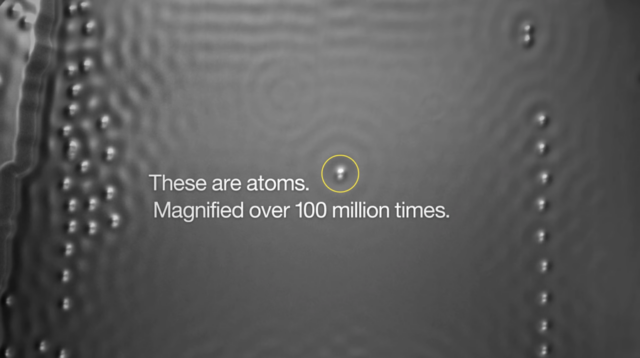 The 60-second movie, “with a frame size of only 45 nanometres by 25 nanometres (45 x 25 billionths of a metre)”, is called A Boy and His Atom. In 2013, it was Guinness World Records-verified to be the smallest stop-motion film in the world: 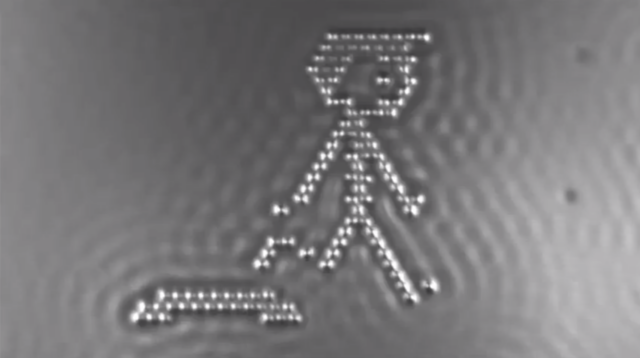 See how scientists Susanne Baumann, Andreas Heinrich, Christopher Lutz and Ileana Rau made the movie below: 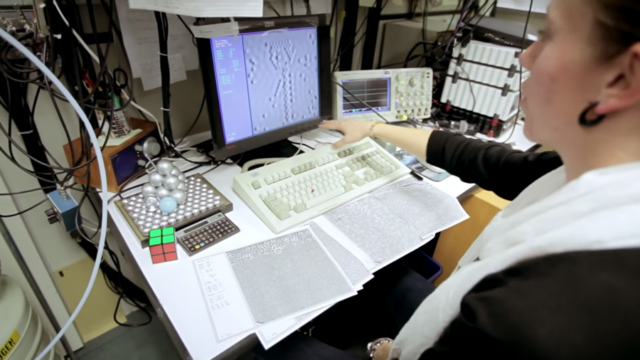 Then watch these videos next on TKSST:
• Just how small is an atom?
• Atoms Explained by Kurzgesagt
• The Ring of Truth: Noodles & the principle of halving

The Ring of Truth: Two Hydrogen Atoms & One Oxygen Atom