You can download video games to your console, or get them on a game card or disc, but in the 1970s, there was only one game per game system until game cartridges were invented. The leadership of electronic engineer and “Father of Modern Gaming” Jerry Lawson made that happen.

As the director of engineering and marketing for Fairchild Semiconductor’s video game division, Lawson and his team of engineers revolutionized video games with the development of the Fairchild Channel F, an Atari 2600 competitor and the first console that used game cartridges—external storage cases for each game.

The two-minute 2017 video above, from filmmaker R. Cadell Cook, tells the story of how Gerald “Jerry” Lawson changed the (video) game. Some context from Engadget:

It’s hard to fathom today, but trying to make removable game cartridges was an incredibly new concept in the ’70s. Lawson and his team at Fairchild had no clue how the cartridges would fare after being plugged in and out multiple times — remember, nobody had ever done it before. The company also caught the attention of the FCC, as it was aiming to deliver the first consumer device with its own microprocessor… 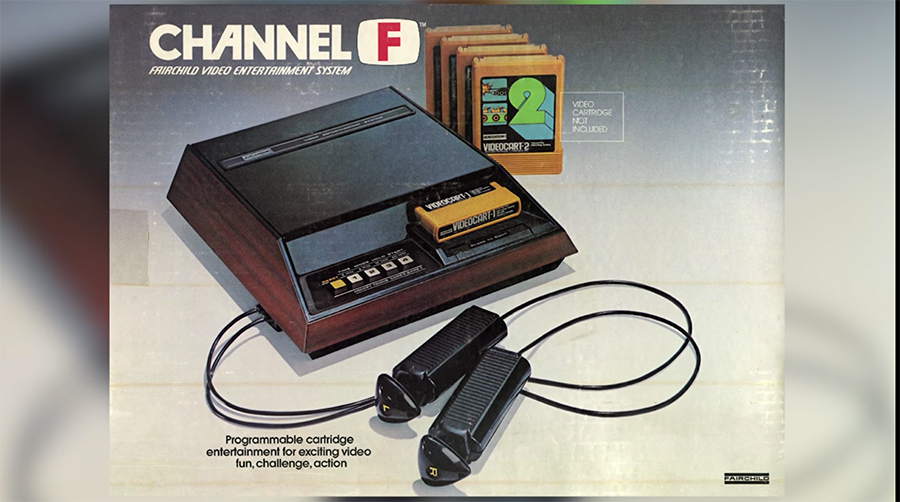 That team, which included Wallace Kirschner, Lawrence Haskel, Ron Smith, and Nick Talesfore, had a lot of challenges to solve for. From Fast Company’s Benj Edwards:

In an interview with Lawson I conducted in 2009, he touched upon the fears the Channel F team had in designing cartridge circuitry durable enough to withstand physical shock, thousands of insertions without breakage, and worst of all, electrostatic discharge. A stray zap of static electricity can easily fry an unprotected semiconductor chip.

“We were afraid–we didn’t have statistics on multiple insertion and what it would do, and how we would do it, because it wasn’t done,” said Lawson. “I mean, think about it: Nobody had the capability of plugging in memory devices in mass quantity like in a consumer product. Nobody.” 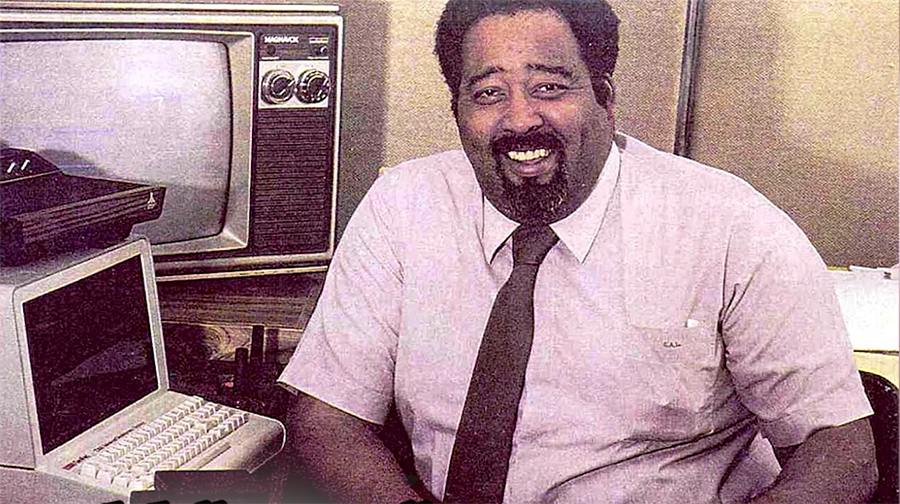 There’s more about Lawson’s contributions in Ars Technica. Plus, read this interview with Jerry Lawson in Vintage Computing and see The Strong National Museum of Play’s Gerald A. ‘Jerry’ Lawson Collection. They write:

The Channel F’s removable game cartridges transformed the industry, providing consumers with an ever-growing variety of individual games to purchase and play in a market previously dominated by dedicated home Pong consoles. The video game cartridge also allowed many new game developers to thrive. During the early 1980s, Lawson left Fairchild and founded Video Soft, a promising engineering and game design company with several innovative game concepts such as developing the first three-dimensional video games (with the use of traditional 3-D glasses).

Watch related videos about inventions, toys, play, technology, and video games:
• The Rocket Scientist Who Invented the Super Soaker
• Game Over by PES
• Super Mario Bros. on a marimba with four mallets
• The NASA-JPL engineers behind Mars InSight & MarCO

The Rocket Scientist Who Invented the Super Soaker

The Legend of Zelda Theme on Marimba