What if the International Space Station didn’t orbit Earth at an average altitude of 400 kilometers or 250 miles up? What if it was closer… say, around two miles or 3,000 meters up above the ground? What would that look like? 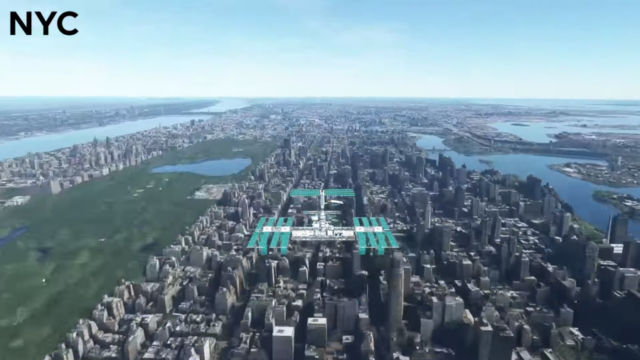 The animation was created for the Airplane Mode YouTube channel by Benjamin Granville, who notes that “it takes 90 minutes for the ISS to orbit Earth at this speed.”


What’s it like to really see ISS fly over where you live? See it for real with SpotTheStation.NASA.gov.

Watch this next: The World Below: Stunning footage from the International Space Station.

Plus, check out these visualizations:
• If the Moon were replaced with some of our planets…
• Where does Space begin?
• Revealing the true scale of the universe with VFX
• The relative rotation periods of planets in 2-D

Staring At The Sun, a 4K ISS video

Revealing the true scale of the universe with VFX

Powers of Ten, updated with today’s science and technology

Planet and star size comparisons from smaller to larger