Inventors continue to try to bring the comic book fantasy of personal jet flight to life, and Yves Rossy has come closest. This Swiss pilot flings himself out of an aircraft wearing a six-foot-wide carbon-fiber wing of his own invention, powered by four tiny jet engines. In May, Rossy leaped from a helicopter above the Grand Canyon and flew eight minutes before parachuting to Earth. The jets give him powered ascent and the oomph to do loops. That freedom doesn’t come easy; it took Rossy years to master his tiny craft. “I steer myself in space with only my body,” he explains. “To go left, I turn my shoulders left, and that’s it!” He says it’s like parachuting with a wing suit, whose panels between the body and limbs slow a skydiver’s fall, but with more liberty. “It’s awesome, it’s great, it’s fantastic!” 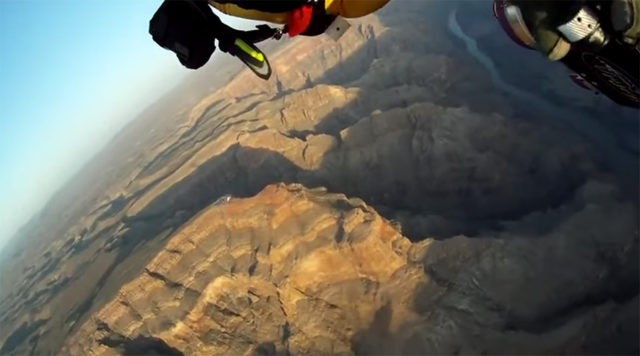 The Scorpion-3 hoverbike, a ‘human-carrying drone’