Judy Garland sings Over the Rainbow for U.S. troops (1943)

Judy Garland sings Over the Rainbow for U.S. troops in this 1943 radio show performance during World War II. She was 21 years old. A timeless classic, the song debuted in The Wizard of Oz in 1939.

According to The Judy Room, “this is the only filmed record of how Judy sang ‘Over The Rainbow’ throughout the 1940s.”

Classic FM named it one of the most poignant of wartime songs:

Composed by Harold Arlen for the movie The Wizard of Oz (1939), ‘Somewhere Over the Rainbow’ gained a new poignancy during the war. Judy Garland performed it live for American troops in 1943, and a special recording with the Tommy Dorsey Orchestra was released and sent to soldiers, as a promise of better days to come. 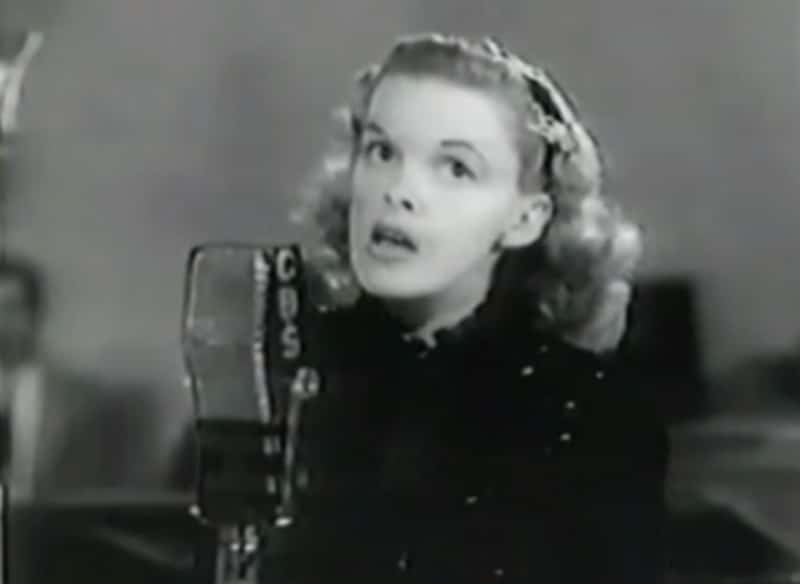 Related watching: scenes from movies, including songs like Singin’ In the Rain, A Tisket A Tasket, Life Has Its Funny Little Ups and Downs, and the St. Louis Blues March.

And of course, there’s the performance that started this blog: Ella Fitzgerald scatting in 1969.

Rainbow Connection, a 2020 performance by Kermit the Frog