Julián Is a Mermaid by Jessica Love, read by Bella Noche for Storytime with The Met

Welcome, friends! Get ready, get set! For Storytime With The Met, where we love to read and sing and look at works of art and picture books. We’ll use our eyes to look and see. We’ll use our ears to hear stories. Now we’ll take a seat and give a shhhhh… Let’s begin now with our book!

Gather ’round for Storytime with The Met, The Metropolitan Museum of Art‘s weekly video series that features a picture book, an activity, and an artifact from The Met collection for kids aged 18 months to 6 years old.

In this video, special guest Bella Noche from Drag Queen Story Hour NYC reads Jessica Love’s instant classic from 2018, Julián is a Mermaid, in both English and Spanish. 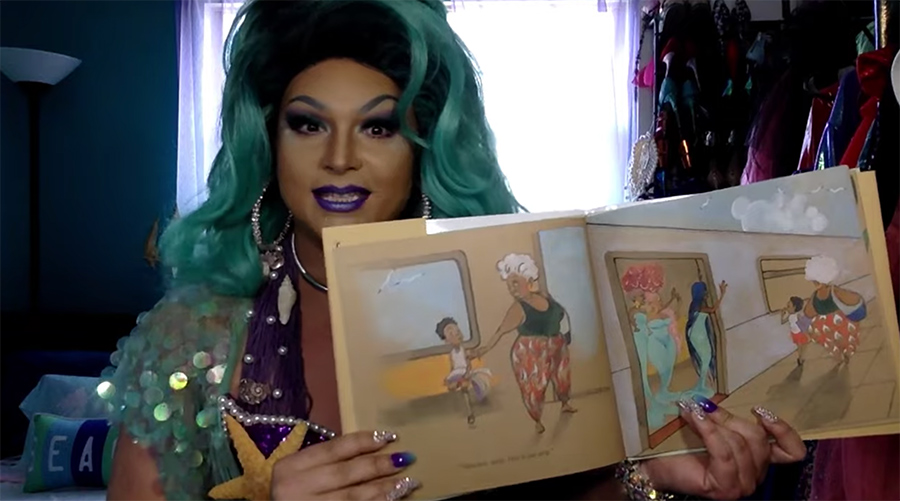 In the book, little Julián imagines what it would be like to be a mermaid after seeing people dressed up for Coney Island’s annual Mermaid Parade in New York City. From the Human Rights Campaign Foundation [.pdf]:

While riding the subway home from the pool with his abuela one day, Julián notices three people spectacularly dressed up. Their hair billows in brilliant hues, their dresses end in fishtails and their joy fills the train car.

When Julián gets home, daydreaming of the magic he’s seen, all he can think about is dressing up in his own fabulous mermaid costume: a butter-yellow curtain for his tail, the fronds of a potted fern for his headdress.

But what will Abuela think about the mess he makes—and even more important, what will she think about how Julián sees himself? Julián Is a Mermaid provides a role model of a grandmother who loves and affirms her grandson and his exploration of his interests. 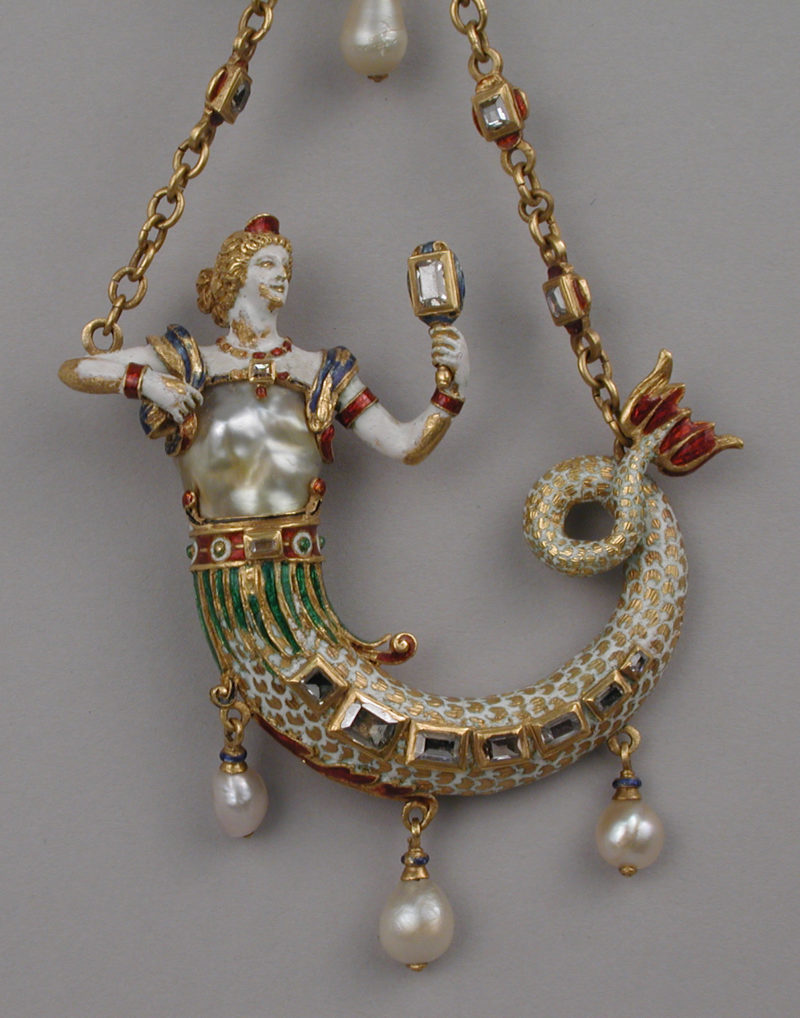 The Met’s featured artifact is also a mermaid: Pendant in the form of a mermaid, circa 1870–95, probably based on a design by Reinhold Vasters.

Find your local chapter of Drag Queen Story Hour, and watch more Storytime with The Met videos on YouTube. 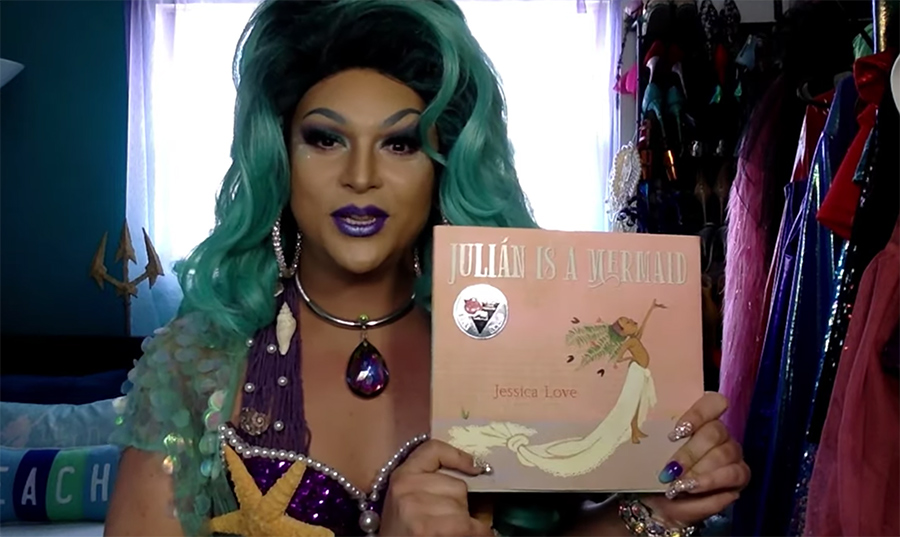 There are also more read-aloud videos on TKSST, including:
• The Day You Begin read by author Jacqueline Woodson
• Eyes That Kiss in the Corners by Joanna Ho, read by Ming-Na Wen
• Trombone Shorty read by Angela Bassett
• Ada Twist Scientist read by Astronaut Serena Auñón-Chancellor on ISS

The Day You Begin read by author Jacqueline Woodson