At night in the deserts of Southern California and Arizona, foxes, owls, and snakes might come after a small, furry kangaroo rat at any moment. And in this Deep Look video, Kangaroo Rats Are Furry, Spring-Loaded Ninjas, there are a lot of attempts.

But the Merriam’s kangaroo rat (Dipodomys merriami) springs, kicks, and takes off in wiggling, twisting escapes… and in real life, they are successful three times out of four.

Kangaroo rats have the uncanny ability to jump high at just the right moment. Biologists believe that this most likely comes from its keen hearing, which is 90 times more sensitive than human ears, allowing the rats to react in as little as 50 milliseconds. 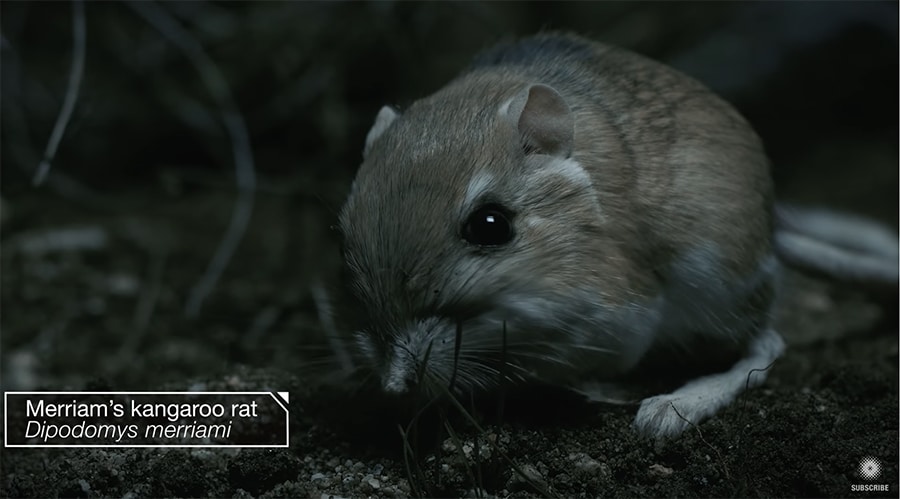 These biological advantages are essential for survival and for their ecosystems. From Deep Look:

Kangaroo rats are considered by ecologists to be critical for dispersing seeds and aerating the desert soil with their extensive networks of burrows, spending most of their outdoor time foraging.

They pull, husk and stuff the seeds into their fur-lined cheek pouches with their tiny hands, which are tucked below their chin. The seeds provide their primary sources of food and water in the harsh deserts, and they consume so little liquid that they rarely ever pee. 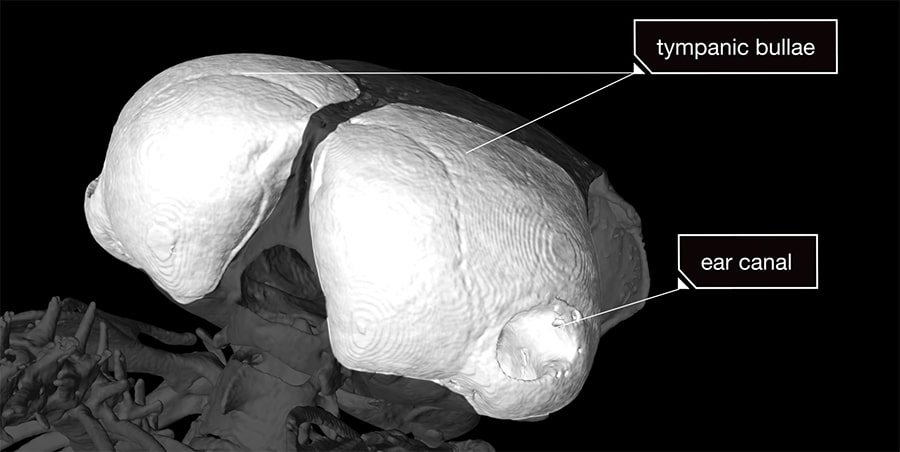