Katherine Johnson, the girl who loved to count

“They asked Katherine Johnson for the moon, and she gave it to them. Wielding little more than a pencil, a slide rule and one of the finest mathematical minds in the country…” These are the first lines of Katherine Johnson’s obituary in The New York Times on February 24th, 2020. She was 101 years old.

Celebrate this pioneering mathematician, NASA’s best-known human computer, a formerly ‘hidden figure’ who has been portrayed in books and an award-winning movie, as well as a recipient of the nation’s highest civilian award, the Presidential Medal of Freedom, with this 2015 NASA tribute: Katherine Johnson: The Girl Who Loved to Count. 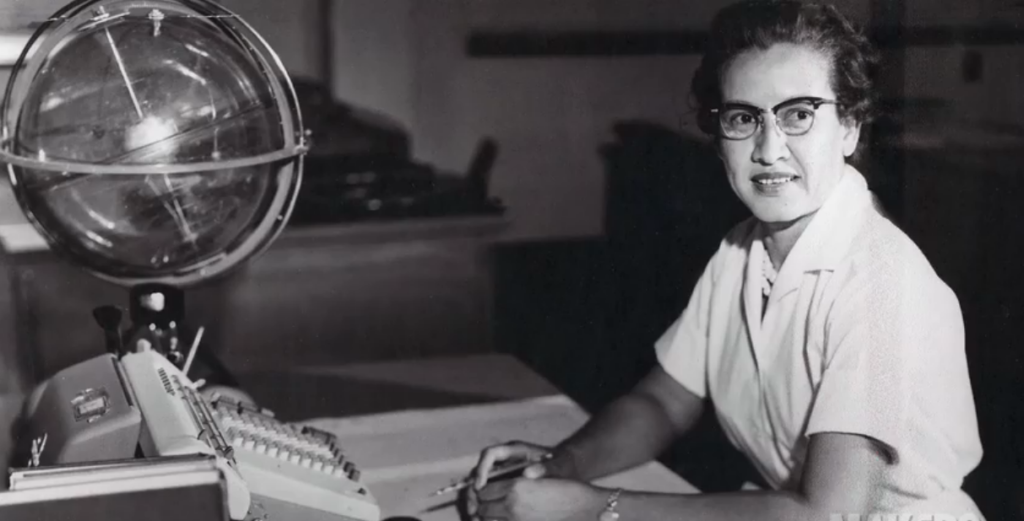 “In math, you’re either right or you’re wrong,” she said. Her succinct words belie a deep curiosity about the world and dedication to her discipline, despite the prejudices of her time against both women and African-Americans. It was her duty to calculate orbital trajectories and flight times relative to the position of the moon—you know, simple things. In this day and age, when we increasingly rely on technology, it’s hard to believe that John Glenn himself tasked Katherine to double-check the results of the computer calculations before his historic orbital flight, the first by an American. The numbers of the human computer and the machine matched.

With a slide rule and a pencil, Katherine advanced the cause of human rights and the frontier of human achievement at the same time. Having graduated from high school at 14 and college at 18 at a time when African-Americans often did not go beyond the eighth grade, she used her amazing facility with geometry to calculate Alan Shepard’s flight path and took the Apollo 11 crew to the moon to orbit it, land on it, and return safely to Earth.

Next, watch the this Liberty Science Center Genius Gala 6.0 video. The first five minutes provides a summary of Johnson’s work, in which Johnson explains, “You need to learn how to learn.” The video concludes with the 2017 Genius Award ceremony. The award was accepted for Johnson by her daughter Joylette Goble Hylick, a retired engineer.

NASA also remembered Katherine Johnson with this tribute video on the announcement of her passing.

Watch more videos about women at NASA, including
• France A. Córdova – Nautilus’ Spark of Science
• Dr. Mae Jemison, NASA Astronaut: I Wanted To Go Into Space
• The Trailblazing Women of NASA
• The Courage To Invent: NASA Roboticist Dr. Ayanna Howard Tells Her Story