Pods of killer whales [also known as orcas] inhabit the waters of every major ocean on Earth. Each family is able to survive thanks mainly to one member, its most knowledgeable hunter: the grandmother. These matriarchs can live 80 years or more and their expertise can mean the difference between life and death for their families.

How do killer whale grandmothers help pods survive, how do they find enough food, and what biological advantages do they have by living in matrilineal groups? Watch The amazing grandmothers of the killer whale pod, a TED-Ed by Darren Croft. 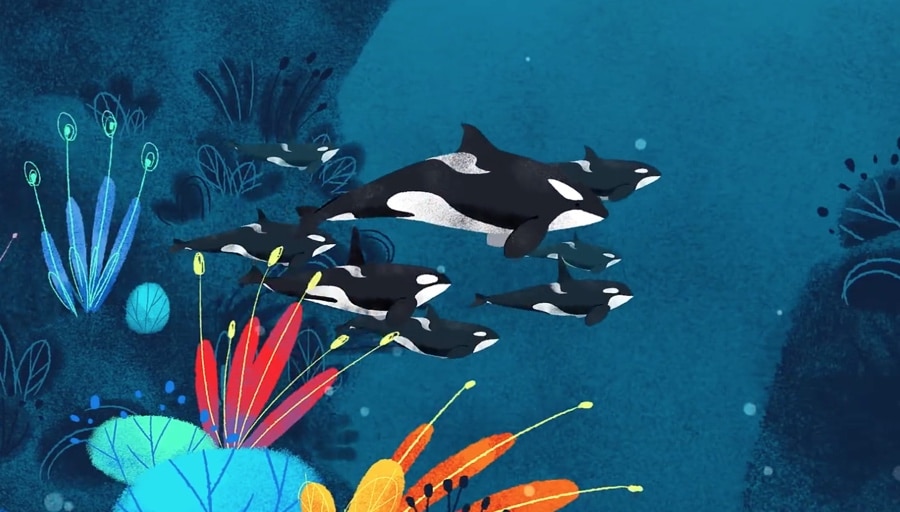 Orcas are one of 35 oceanic dolphin species. A note on their names:

…the genus name Orcinus means “of the kingdom of the dead”, or “belonging to Orcus“. Ancient Romans originally used orca (pl. orcae) for these animals, possibly borrowing Greek ὄρυξ (óryx), which referred (among other things) to a whale species. Since the 1960s, “orca” has steadily grown in popularity. The term “orca” is euphemistically preferred by some to avoid the negative connotations of “killer”, and because, being part of the family Delphinidae, the species is more closely related to other dolphins than to whales.

Related reading: Salmon and orca survival, Adult Killer Whales Need Their Mamas, Scientists have a new theory about why female orcas live so long after they stop having babies. Plus, learn more about the endangered southern resident killer whale.

Why are sloths so slow?

The Survival of the Sea Turtle