A full sized LEGO car with an air-powered engine

This is what 20-year-old Romanian Raul Oaida (above) and Melbourne entrepreneur Steve Sammartino did with more than 500,000 LEGO pieces and four orbital engines: The Super Awesome Micro Project — a full sized LEGO car with an air-powered engine, and 256 pistons that also appear to be made from LEGO.

It goes around 20mph and they don’t go much faster than that because they really don’t want to crash it. Sammartino writes, “We drive it slow and are scared of giant LEGO explosion.” From PopSci:

Oaida spent 18 months constructing the compressed-air-powered vehicle and then shipped it to Australia for a test drive. The throttle and steering wheel snapped off, and a few high-pressure air hoses blew, scattering LEGOs everywhere. Oaida’s quick fixes got it running again, but Sammartino thinks the seats still need work. “It might be the most uncomfortable car in automotive history,” he says. 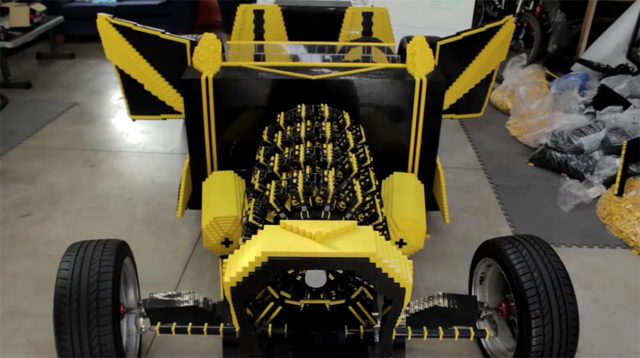 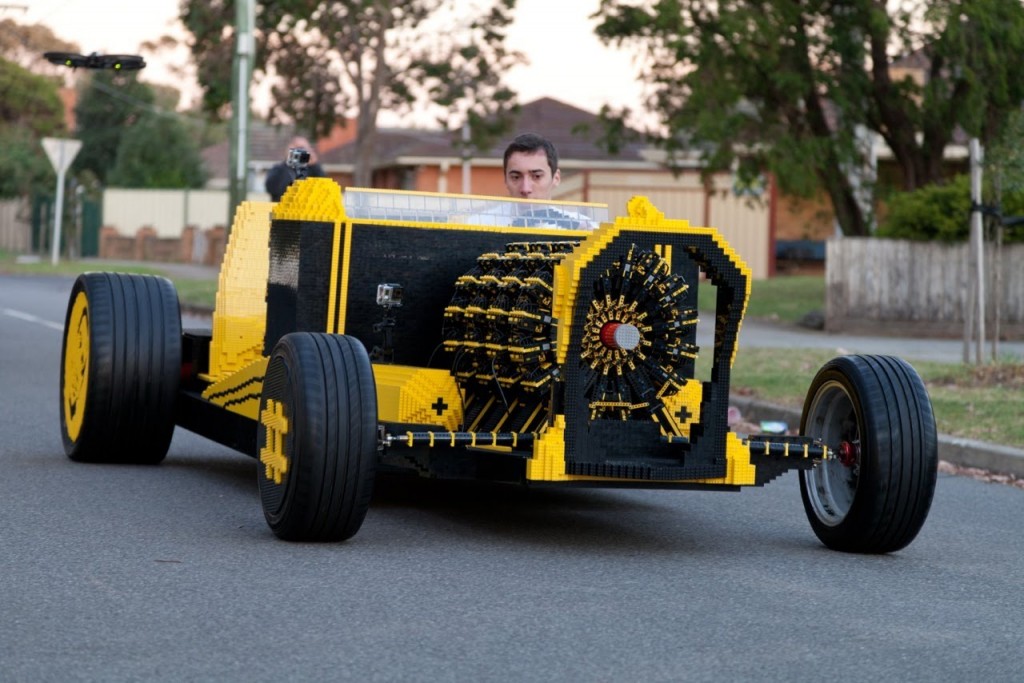 Learn more about the project in this more recent video: Driving on Air: Inventor Raul Oaida and his LEGO car.

More LEGO videos, including this awesome DIY project: build your own LEGO microscope.

Traveling by water and wood on a steam-powered tricycle

Tiny engines made with paper