The 40,000-year-old Lion Man of the Hohlenstein-Stadel

When did humans begin to make things from our imaginations? In the history of humanity, when did we start recreating the world around us through art? A 1939 discovery in Germany’s Hohlenstein-Stadel cave provides a an Upper Palaeolithic era piece of that puzzle. This animation from BBC Radio 4 and The British Museum, narrated by Neil MacGregor, introduces The Lion-man of the Hohlenstein-Stadel. 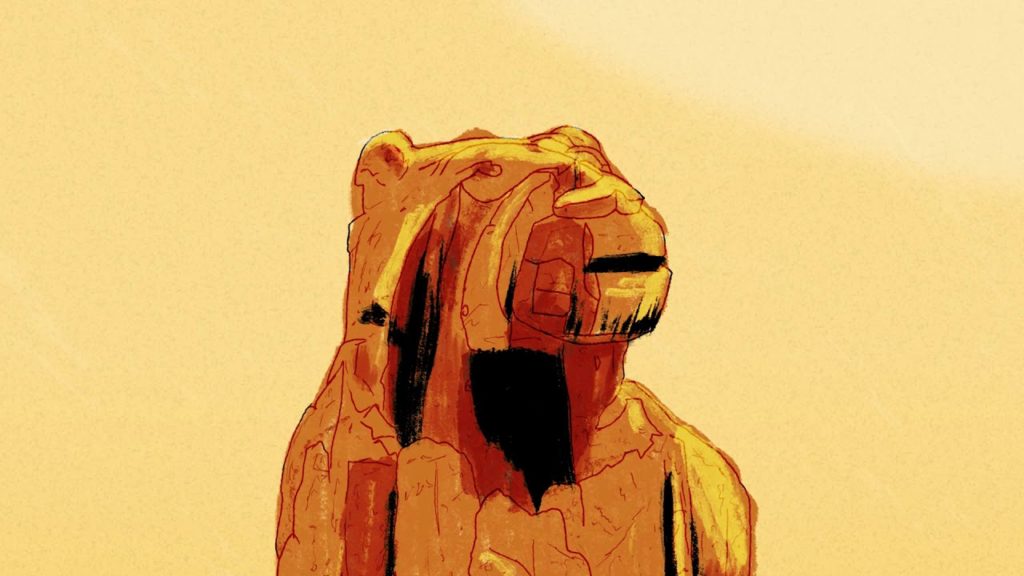 This Lion Man or Löwenmensch (lion-human) figurine is the oldest-known zoomorphic (animal-shaped) sculpture in the world. The British Museum’s Jill Cook, Keeper of Britain, Europe and Prehistory, describes it best on the museum’s blog:

The Lion Man is a masterpiece. Sculpted with great originality, virtuosity and technical skill from mammoth ivory, this 40,000-year-old image is 31 centimetres tall. It has the head of a cave lion with a partly human body. He stands upright, perhaps on tiptoes, legs apart and arms to the sides of a slender, cat-like body with strong shoulders like the hips and thighs of a lion. His gaze, like his stance, is powerful and directed at the viewer. The details of his face show he is attentive, he is watching and he is listening. He is powerful, mysterious and from a world beyond ordinary nature. He is the oldest known representation of a being that does not exist in physical form but symbolises ideas about the supernatural. 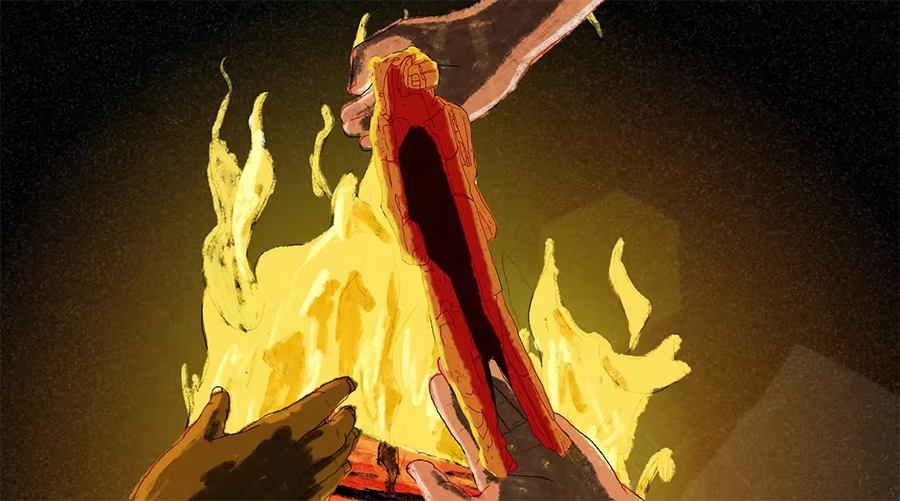 Plus, some context from loewenmensch.de:

About 40,000 years ago at the beginning of the Upper Palaeolithic period, the Swabian Jura was part of the landscape inhabited by early, anatomically modern humans (homo sapiens). In small groups they moved through valleys scarred by the last ice age. They were hunting mammoth, reindeer, bison, wild horse and other prey. We find evidence of human occupation of caves in this area from the trace remains of campfires, and from tools, weapons and jewellery made from stone, bone, antler and ivory.

Excavation of four of these caves has revealed a number of small sculpted objects. Carved in mammoth ivory using stone tools are effigies of large animals which were of great importance to the hunters of that era. Smaller fauna such as birds and fish are also depicted. A number of these figurines show cave-bears and cave-lions, the most dangerous predators of humans. A sculpture representing an archaic female form (referred to as “Venus”) is the only object found which depicts a solely human figure. Considered as a whole, these sculpted artefacts comprise the oldest collection of portable art objects in the world. 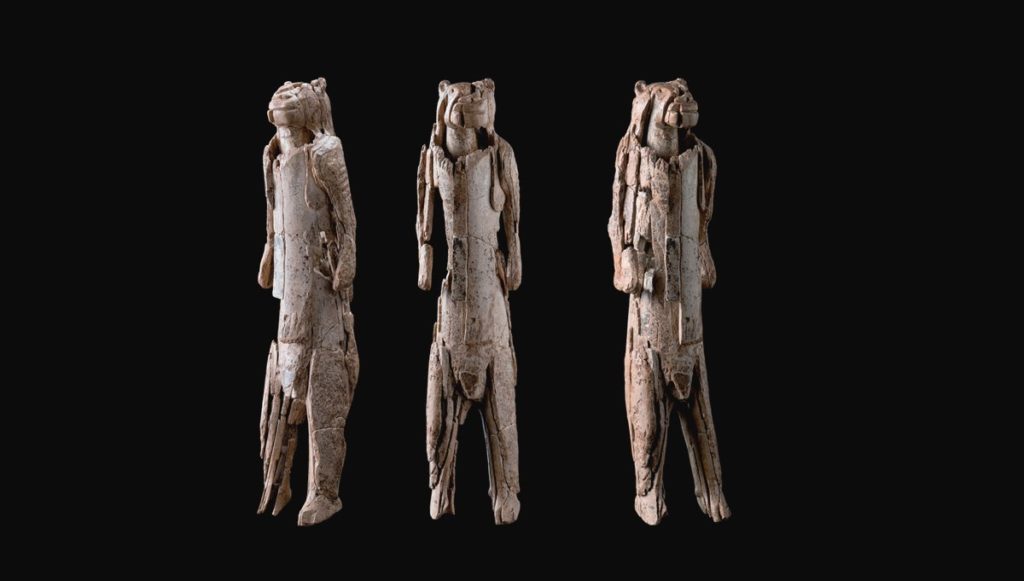 The Lion Man was a part of the museum’s 2017-18 Living with Gods: Peoples, Places and Worlds Beyond exhibition, curated by Cook.

Related exploration: A gallery of Ice Age era sculptures from The Bradshaw Foundation’s The Art of the Ice Age: Exploring the Deeper History of Art.

Watch these related prehistoric videos next:
• Genevieve von Petzinger & the invention of graphics on cave walls
• Who was the first human?
• 40,000 years of London history created with papercraft